U of M students wait for answers following fire, underground explosion near campus

A day after an underground explosion along University Avenue and fire at a Delta Tau Delta Fraternity house, students on campus are still waiting on answers as to what happened.

Jaxon Hill lives nextdoor to the Delta Tau Delta house. He’s a fraternity brother at Delta Kappa Epilson and was home Thursday when everything happened.

“All of sudden there was just a big bang,” Hill said. “Chaos is a good word for it. It was pretty surreal. You know the explosion happened and it was like ‘what was going on?'”

Hill said everyone inside his house rushed out to the back parking lot to find their neighbor’s basement on fire. Some of his frat brothers watched as manhole covers shot 10 feet in the air.

“Seeing the fire happen next door and seeing this all happen on the street we live on was crazy,” Hill said. 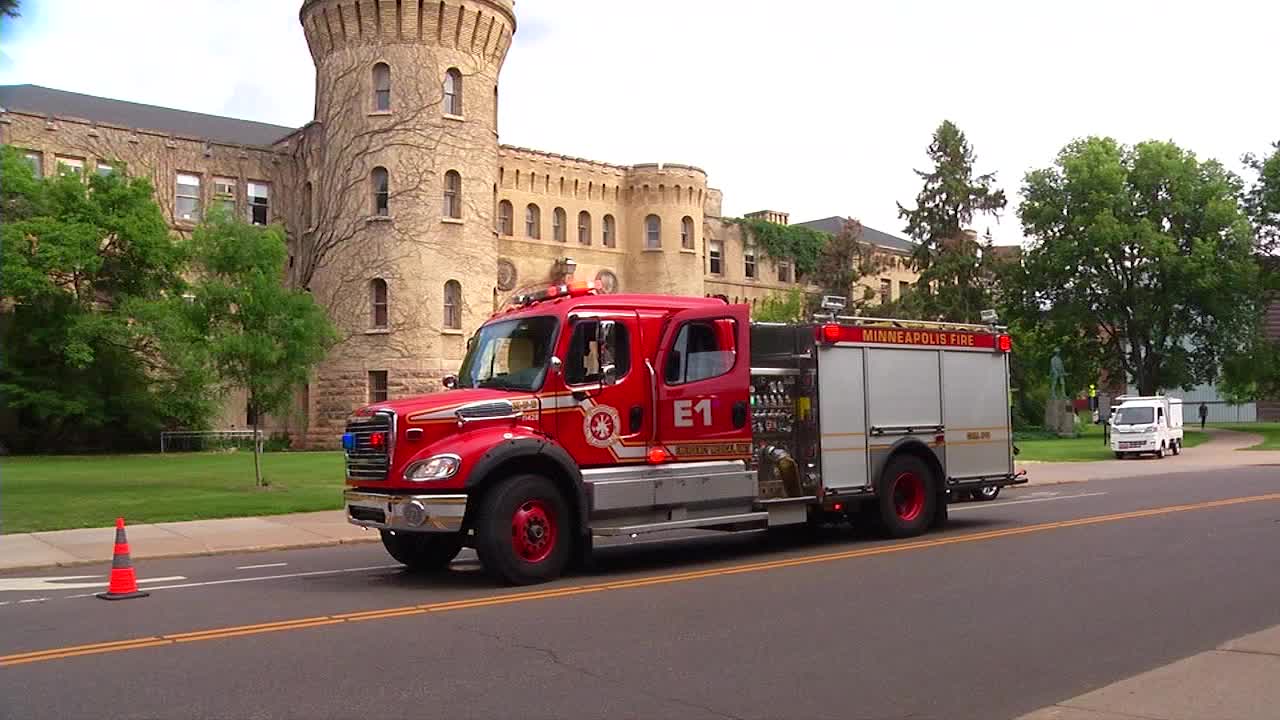 A fire truck responds to a gas spill and explosion near the U of M.

Late Thursday night, Hill said the University of Minnesota sent notice it was clear for them to return home. But he said they’ve gotten very little information about what happened leading up to the fire and explosion. The Metropolitan Council said in a statement that crews are working “vigorously” to find out what happened, but they believe somehow gas was released into the sewer system. It’s still not clear where the gas may have come from.

The statement read, in part:

“Metropolitan Council staff are monitoring conditions across the sanitary sewer system and at the Metropolitan Wastewater Treatment Plant today, after yesterday’s explosion on the University of Minnesota campus. It is a stark reminder that the only thing that should go down the sewer besides human waste is toilet paper.”

The Metropolitan Council, and its Environmental Services division, are both warning residents, businesses and industries not to put gas or other flammable materials down the sewer.

Crews are monitoring conditions across the sewer system and at the Metropolitan Wastewater plant.

“Sounds like they flushed out the sewers so I think we should be ok, but it would be nice to get a little bit more information,” Hill said. “I would like to know if that’s something that could happen again without really any warning signs?”