Sviggum asked Morris Interim Chancellor, Janet Schrunk Ericksen, “Is it possible that at Morris we’ve become too diverse?  Is that at all possible from a marketing standpoint?”

Sviggum noted that enrollment at Morris had declined by more than 40 percent “over the past decade” and that was why he asked the question.

“I have received a couple letters, two actually, from friends whose children are not going to go to Morris, because it is too diverse of a campus. They just didn’t feel comfortable there,” said Sviggum.  “Is it all possible, in the specifics of Morris, that we’ve become too diverse for a student to attend? Again, I am on thin ice. I understand that. At 71 or 72 years old I say things that I would never even thought when I was 52.”

Schrunk Ericksen responded, she said, on behalf of minority students at the Morris campus. 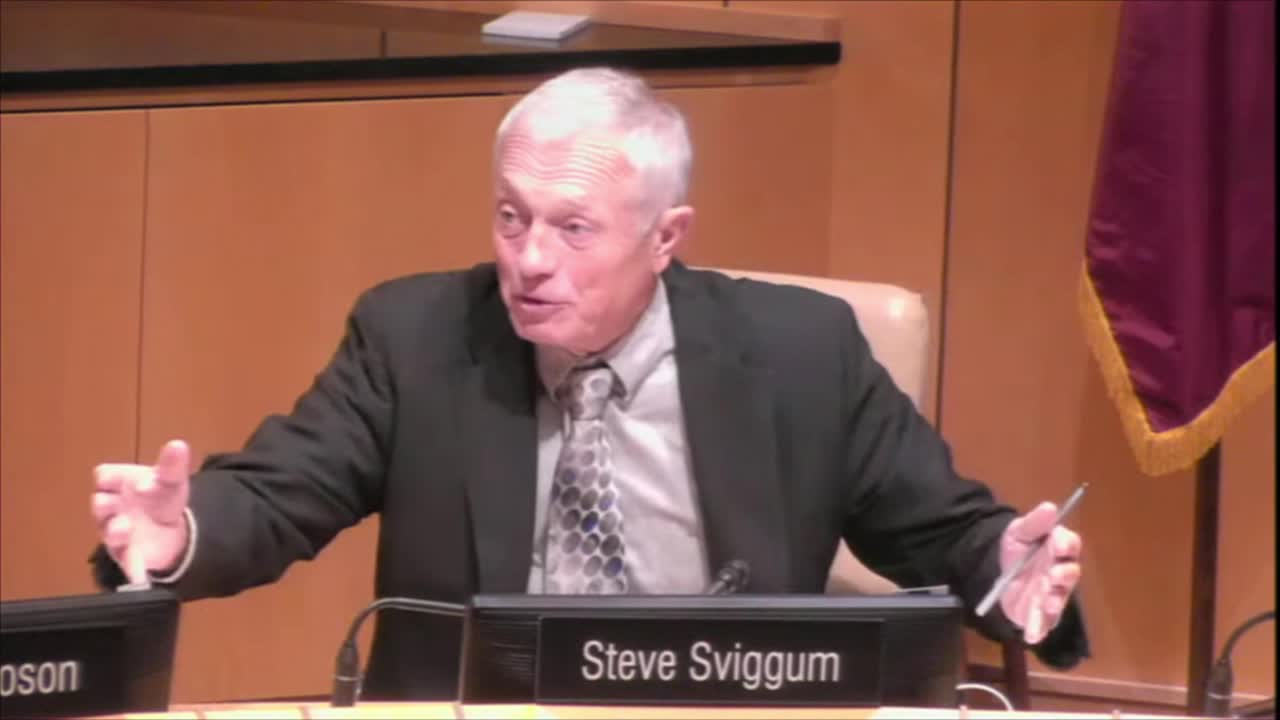 “I think that they would be shocked that anyone would think our campus was too diverse,” said Schrunk Ericksen.  “They certainly feel, at times, isolated where they are located. So, the answer is from that perspective, no.”

Morris Campus Student Association President, Dylan Young, told 5 EYEWITNESS NEWS that he had spoken with several minority student groups after Sviggum’s comments and said they were “outraged” by his questions.

“My initial reaction is to question what does too diverse mean? What percentage of the student body do we reach before we decide it’s too diverse?,” said Young.

Young told KSTP he, and the other minority student groups, have invited Sviggum to the Morris campus to have a conversation about diversity and its significance at the campus where nearly 50 percent of the 1,000-member student body is a racial minority.

Reached by cell phone Sunday, Vice-Chair Sviggum told KSTP he was not making a statement, but rather asking a question related to reasons why enrollment is declining at Morris.

And, he added it was not meant to be racist.

“Very honestly, the question was not motivated on a racist basis. It’s not a racist question at all,” said Sviggum.  “If some are taking it that direction, I am sorry and I apologize. This is a question about the numbers. The plain facts. The plain numbers.”