‘A very shabby form of a quid-pro-quo’: U of M regent criticized for seeking UMD chancellor job

A regent on the University of Minnesota Board of Regents has stepped down from the board to apply for a chancellor job within the university system, 5 EYEWITNESS NEWS has learned.

Tuesday afternoon, Dave McMillan delivered a letter to Gov. Tim Walz announcing his resignation from the Board of Regents with the intention of applying for the interim job as chancellor of the University of Minnesota Duluth.

“My reason for resigning is to pursue another important and very consequential leadership opportunity at the campus of the University that is nearest and dearest to me, UMD,” said McMillan. “I intend to formally apply for the position by the June 15 deadline.”

Last December, McMillan voted to approve a 30% pay increase for U of M President Joan Gabel, which included a base salary of roughly $700,000 and could pay as much as $1.2 million in the final year of her contract. 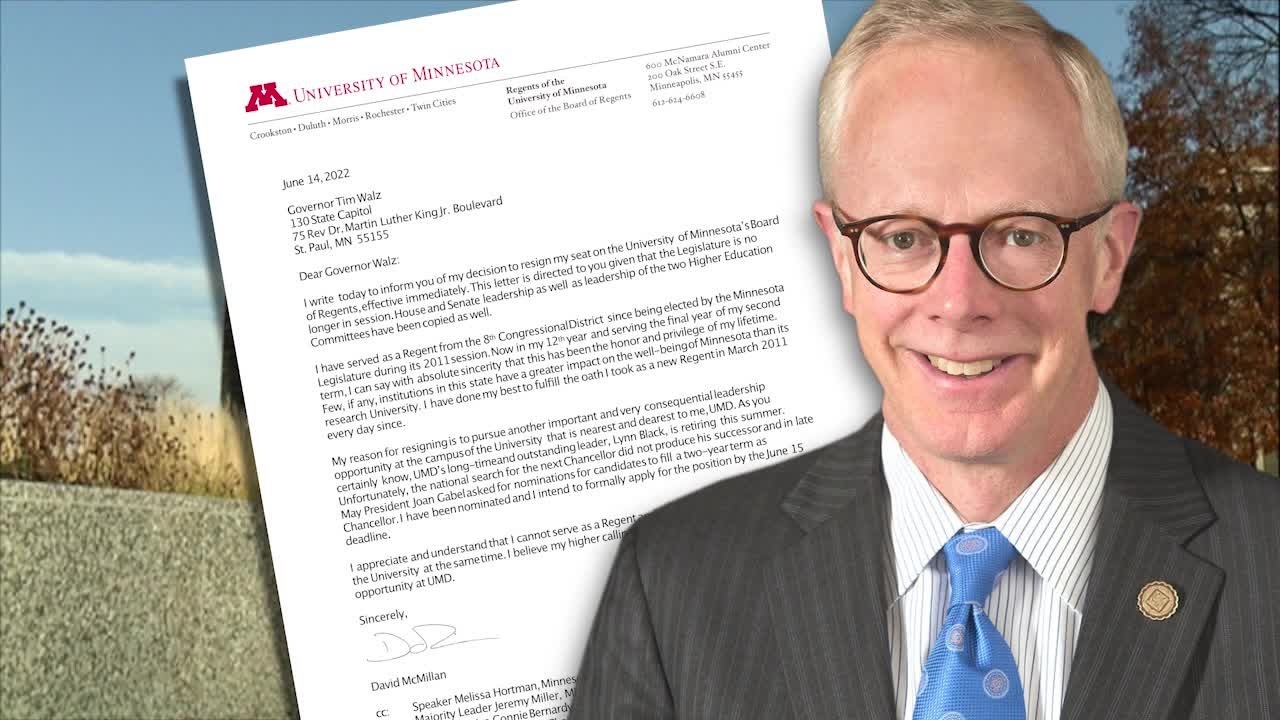 Gabel will appoint the next UMD chancellor, who will then need approval from the Board of Regents. The current UMD chancellor’s salary is about $310,000.

Former Minnesota Gov. Arne Carlson told 5 EYEWITNESS NEWS he was not in favor of the McMillan nomination because it has the appearance of a conflict of interest.

Rep. Brian Daniels, R – Faribault, is a member of the House Higher Education Committee. He told KSTP that the resignation and subsequent application of McMillan for the UMD job deserve scrutiny.

KSTP asked President Gabel for comment, but a U of M spokesperson said she could not accommodate an interview Wednesday.

McMillan told KSTP his letter of resignation speaks for itself, and he declined an interview request. He stated he had done nothing wrong and was simply trying to help UMD because it’s struggled to find a new leader, and he is willing to fill the position on an interim basis to assist in the search.