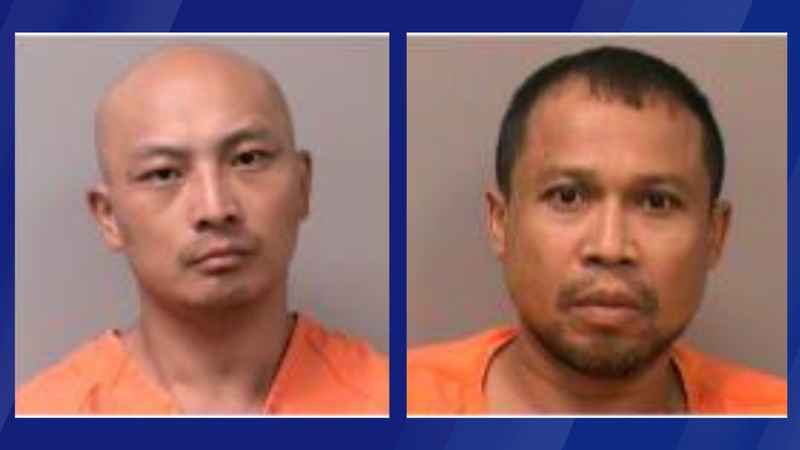 Two men charged with killing three people at a quarry near West Salem, Wisconsin in July pleaded not guilty Friday.

Khamthaneth Rattanasack, 44, and Nya Kou Thao, 34, are both charged with three counts of 1st-degree intentional homicide and one count of possessing a firearm as a felon, which was a repeat offense for them both, according to La Crosse County court filings.

On July 23, quarry workers discovered three bodies near the entrance around 5 a.m. The Romskog quarry is about 14 miles northeast of La Crosse, near the Minnesota border. The La Crosse County Sheriff’s Office identified the three victims, all of whom were in their early 20s, the following day. The Sheriff called the killings a "targeted act" and that the victims likely knew the killer.

Officials disclosed that the three men were forced to kneel on the ground before being shot multiple times on July 29. The dispute was over a mere $600 debt.

Shortly after workers found the bodies, a woman told police that she was with the three victims the night before their deaths and that the four of them were staying at a hotel together in Onalaska. Early on July 23, she believed they were followed by a black Mercedes Benz. They went into another hotel for a short time to drop some things off, and when she returned to her car, the Mercedes was next to it.

Thao was inside, behind the driver’s seat, and Rattanasack was in the Mercedes with a gun. She told police that they instructed her to follow the Mercedes, then drive to the quarry. Rattanasack ordered the three victims on their knees and gave Thao the gun. Thao then shot the men multiple times.

A person in Minneapolis reached out to the sheriff’s office on July 24 and told them about the $600 debt owed to Rattanasack, who’d just gotten out of prison.

La Crosse County Sheriff Jeff Wolf didn’t know why the woman was spared, but said she’d been fearful. Wolf also said that police belived some of the victims and suspects were members of rival gangs.

Thao, also known as Kush, and Rattanasack have pre-trial conferences scheduled for Oct.1. Both men remain in custody at the La Crose County Jail and each have a bond set at $1 million.