UPDATE: The bodies of both victims have been recovered from the trench collapse site, St. Paul firefighters said at 3:42 a.m. Saturday.

The assistant chief said firefighters responded to a report of a collapse just before 3 p.m. on the 700 block of Mount Curve Boulevard in the Highland Park neighborhood.

One worker, who was not in the trench at the time, was able to call 911. According to the St. Paul fire department, despite a quick response, emergency officials were unable to rescue the two people.

“Due to the size of the boulders and the amount of soil that was in the trench that is likely would have caused significant trauma injuries as well as asphyxia if we weren’t able to get there in a very very short time frame,” explained Assitant Fire Chief Matt Simpson, adding he feels “horrible for the victims when anything like happens.”

“We train for this every day we work to make sure if it can be avoided that it is avoided,” Simpson said.

Shortly after 9:00 p.m., one body was recovered from the trench. Fire officials say they will stay on-scene overnight until the second body is recovered. 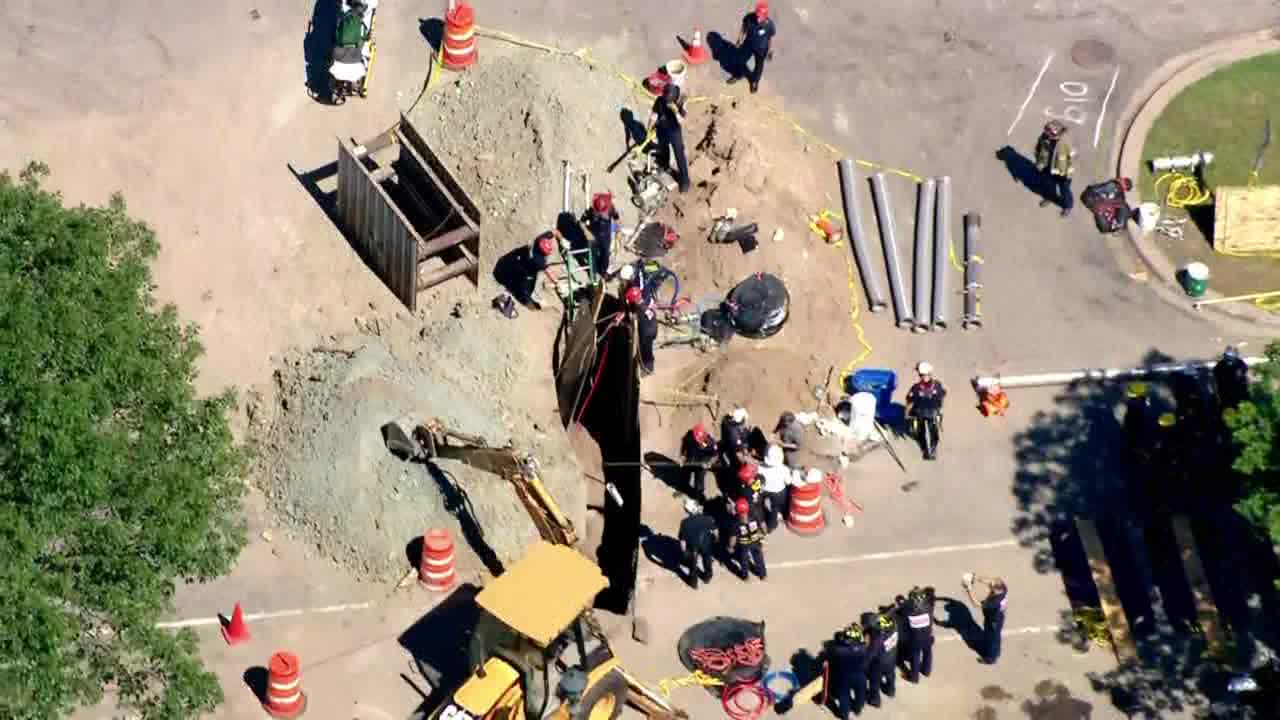 “It’s scary,” says Annika Anderson, a resident in the neighborhood. “I have never seen anything like this — seen it pretty close up.”

The Centers for Disease Control (CDC) says from 2003 to 2017, there were 373 deaths involving trenches, most of them in the construction industry. According to the CDC, one square yard of dirt can weigh more than 3,000 lbs, which is the weight of a compact car.

The CDC says trench collapses are rarely survivable but preventable. One way to prevent them is by using a ‘trench box.’ A KSTP crew says there appeared to be one at the scene of the accident.