The Minnesota Twins formally welcomed shortstop Carlos Correa to the team during a news conference Wednesday.

The team and Correa agreed to a three-year, $105.3 million contract through the 2024 season. The contract will pay Correa $35.1 million annually, making him baseball’s fourth-highest paid player.

“A momentous day like this, a significant contract like this, with a player of Carlos’s stature only happens with the partnership and support of ownership and Jim Pohlad, our president Dave St. Peter, and the Pohlad family have continued to invest in the Minnesota Twins in a way that allows today’s day to happen and I’m very thankful for that,” Derek Falvey, president of baseball operations for the Twins, said.

Falvey went on to say, “Carlos had a lot of choices, as he should, he’s one of the best players in our game, it’s special. And for him to choose Minnesota, to be a part of our organization, to join the Twins family is just really special. This guy, through and through, is a leader, is someone that’s going to continue to elevate everyone around him in our organization, that’s why he’s here.” 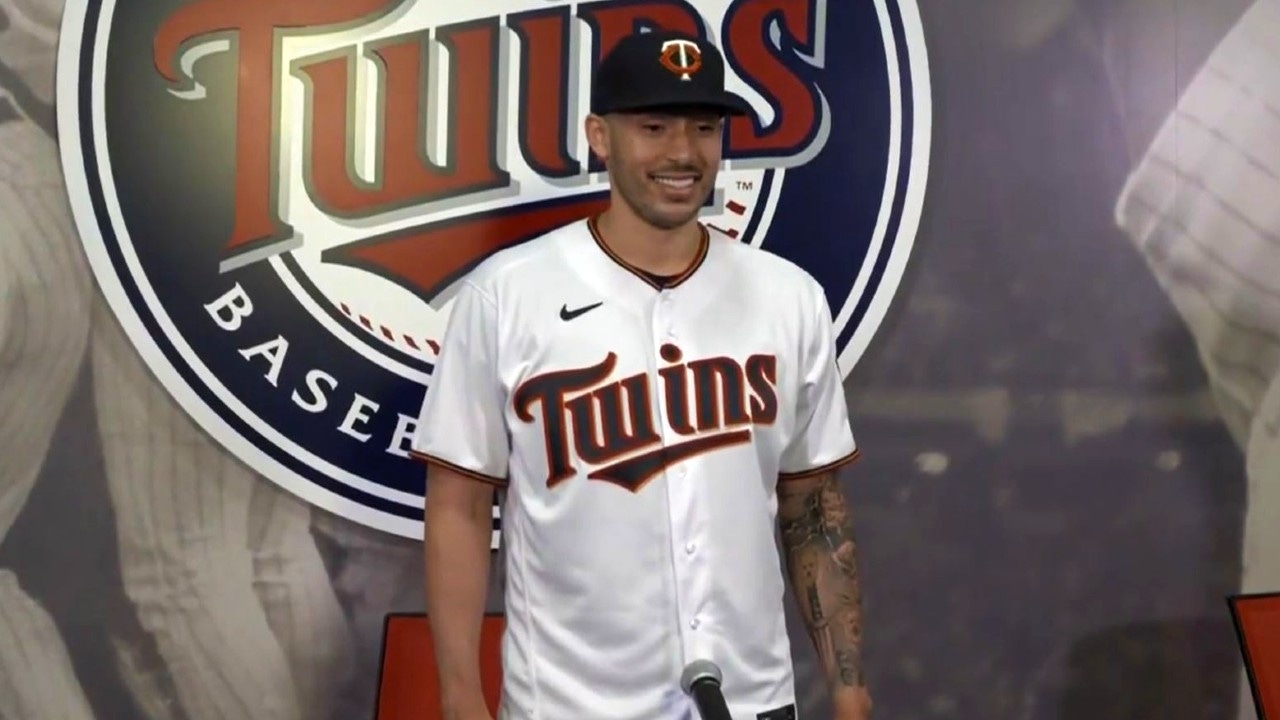 Carlos Correa is formally introduced during a press conference with the Minnesota Twins on March 23, 2022.