Hospitals across the metro are seeing an uptick in a respiratory virus known as RSV, which can be dangerous for babies and young children.

Respiratory syncytial virus infects the lungs, which can cause a buildup of mucus and make it difficult for a person to breathe.

“It is really our number one concern right now,” said Dr. Gigi Chawla, chief of general pediatrics at Children’s Minnesota. “And this is a bit earlier than we would have expected it. We typically expect it around the months of November, December.”

Data compiled by the Minnesota Department of Health shows RSV hospitalizations rising in the metro over the last few weeks, already surpassing RSV levels from all of last winter.

Chawla said children under the age of two are at the greatest risk of becoming seriously sick.

She said, in most children, RSV presents like a severe cold, with congestion and coughing. But for some, it can become an emergency, requiring hospitalization and breathing support. 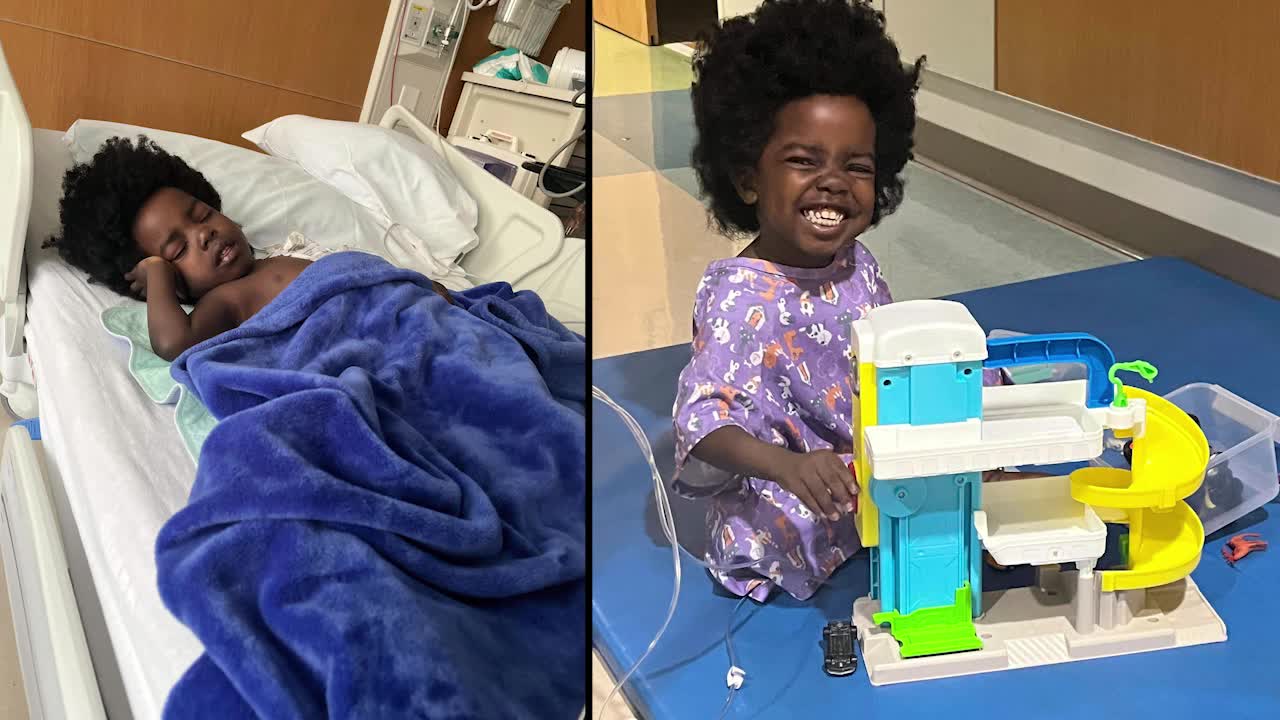 Mukanga Kingoina said Noah had a 103-degree fever and was struggling to breathe when she decided to take him to the emergency room at Children’s Minnesota.

“It was terrifying,” said Elizabeth Mukanga Kingoina of Burnsville, whose four year old son Noah was hospitalized this month.

Mukanga Kingoina said Noah had a 103-degree fever and was struggling to breathe when she decided to take him to the emergency room at Children’s Minnesota.

“I told them, ‘Can we run more tests? Can we do something? Because I know that there’s something wrong,'” Mukanga Kingoina said. “We know our kids better than anyone else. You have to be the voice for them because they can’t really speak for themselves.”

He was hospitalized for six days.

“We certainly are seeing a significant increase in cases over the last few weeks and still look like we’re on an upward trajectory, unfortunately,” Chawla said.

With seasonal sicknesses on the rise, hospitals are getting full again, according to state data. Only 5% of pediatric intensive care unit beds in the metro are currently available.

People infected with RSV usually show symptoms within four to six days after getting infected, according to the Centers for Disease Control and Prevention. Symptoms usually include a runny nose, decrease in appetite, coughing, sneezing, fever and wheezing.

There is no vaccine for RSV, so doctors are urging families to take precautions, especially ahead of MEA Weekend, when many people are planning to travel and gather with others.

Chawla recommends washing your hands, disinfecting surfaces and asking people not to kiss your child’s face, due to the highly contagious nature of RSV.

Mukanga Kingoina said her son still has some lingering effects of RSV and was prescribed an inhaler.

Her message to other parents: “Trust your gut. You know your kids better than anybody. If you see something that scares you, take them in right away.”

For more information on RSV from the CDC, click here: https://www.cdc.gov/rsv/index.html