Doctors who treat COVID-19 patients in the Twin Cities are voicing optimism over Pfizer’s antiviral pill, known as Paxlovid.

Pfizer released new data from its clinical trials of Paxlovid Tuesday, showing the pill significantly reduced the risk of hospitalization and death.

The drug company said nearly 2,250 adults at high risk of the virus were enrolled in the trials.

The company reported zero deaths among the patients given the medication. 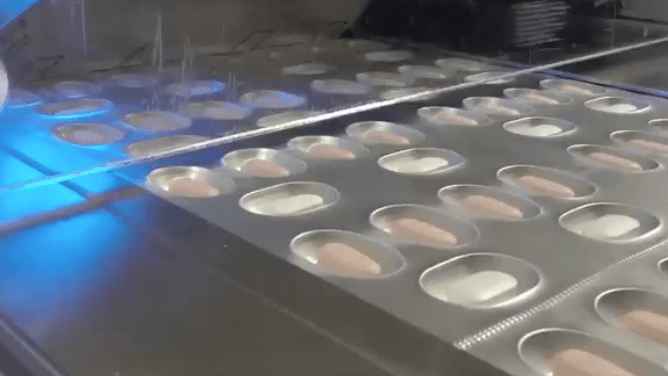 Pfizer released new data from its clinical trials of Paxlovid Tuesday, showing the pill significantly reduced the risk of hospitalization and death.[KSTP]

"I am so excited that we are going to have a pill we can use to prevent people from getting really sick after they get COVID," said Dr. Hannah Lichtsinn, an internal medicine and pediatrics doctor at Hennepin Healthcare in Minneapolis.

Dr. Frank Rhame, an infectious diseases expert at Allina Health’s Abbott Northwestern Hospital, also voiced support, saying, "It’s going to make a big difference. If it cuts the hospitalization rate by 89%, that will take big pressure off the hospitals."

The CEO of Pfizer hopes the pill will be authorized by the end of the year.

"What makes this pill just really remarkable is that it’s a pill, right? So it’s not an IV medicine. It’s something people will be able to use at home, which makes a huge difference," Dr. Lichtsinn said.

5 EYEWITNESS News asked both doctors for an update on the current treatments for COVID-19 and how they have evolved throughout the pandemic.

"So we found out that convalescent plasma didn’t really work," Dr. Rhame said.

The convalescent plasma of COVID-19 survivors was used early in the pandemic under an experimental program led by Mayo Clinic.

Other treatments have become more widely used since then.

"The monoclonal antibodies, the antivirals, do help," Dr. Lichtsinn explained.

Dr. Rhame added, "Steroids really do work, and they are a mainstay of treatment."

Dr. Lichtsinn said, "But nothing at this point for people, once they get so sick that they’re hospitalized, that makes a huge difference other than just oxygen support and time."

Both doctors believe a pill that can prevent serious illness could be a game-changer in helping high-risk populations.

"Zero deaths is not something you can argue with," Dr. Rhame said.

They hope to see further testing in low-risk groups as well, so the pill could eventually be used in the general population.

"I expect that once it’s available, this will become a core piece of the treatment we offer eligible patients," Dr. Lichtsinn said.

Dr. Lichtsinn said, in the meantime, people should continue to take proper precautions against the virus.

The Food and Drug Administration and Centers for Disease Control and Prevention still have to review Pfizer’s data.

Drug company Merck also submitted data to the FDA for its COVID-19 pill, which showed a 30% reduction in hospitalization and death.