Food allergies in kids are becoming a growing health and safety concern. According to the CDC, about 8% of all kids are allergic to certain foods. If you know someone with a food allergy, you know it means worrying, label reading, and avoiding popular foods.

Now Dr. Doug McMahon with the Allergy and Asthma Center of Minnesota is working to try and seemingly erase food allergies in some of his patients, and he believes the key might be to catch them when they are still babies.

“If we do this in a safe process, our goal is we can maybe turn off this allergy,” he said.

5 EYEWITNESS NEWS followed the journey of Sean Caulfield, who was just seven months old when he started experimental oral immunotherapy treatment in September 2021. Sean is allergic to peanuts, eggs, and dairy. His mom Lindsay recalls the scary moments she discovered he had allergies after making him scrambled eggs for the first time.

“Immediately, he broke down in hives, all down his neck, his face, and over his hands,” she said. 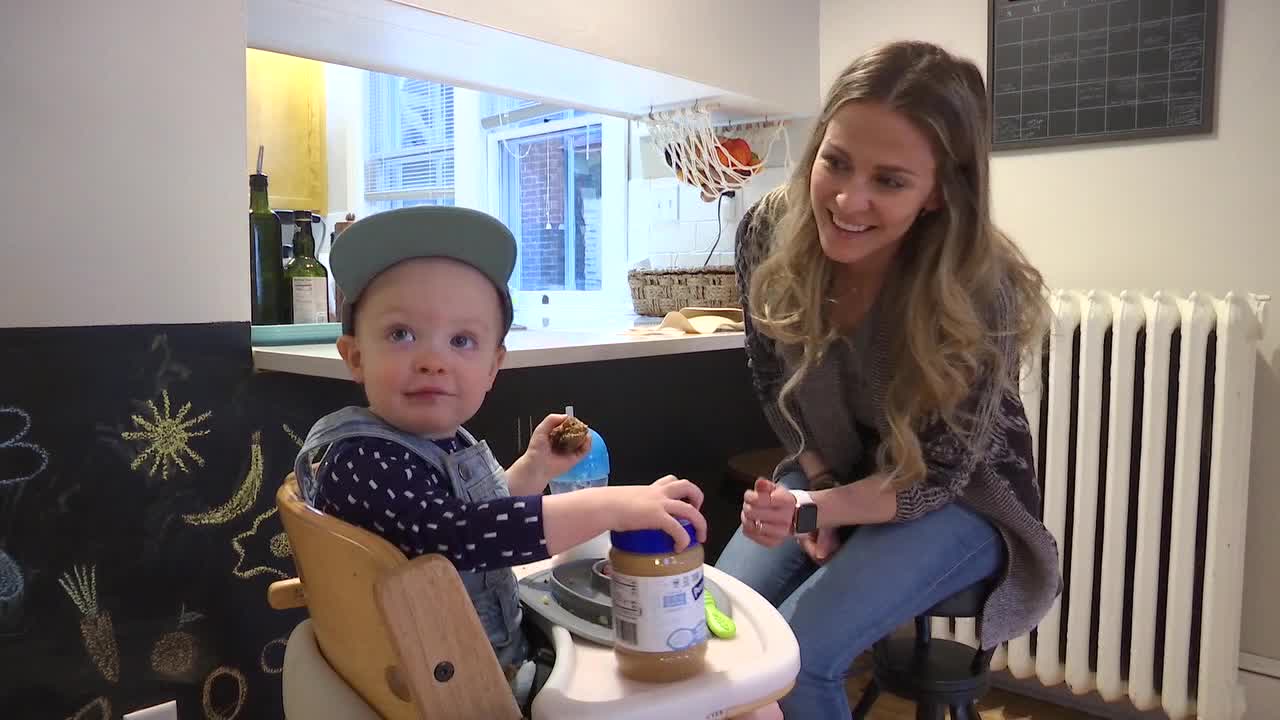 McMahon has been doing oral immunotherapy on kids with food allergies for years. The therapy is FDA approved for kids over the age of four. But McMahon is experimenting to see if it works for patients under the age of one. It works by giving patients small, safe doses of the foods they are allergic to and slowly increasing the amounts over an extended period of time.

For instance, when we first met Sean, he was getting 1/50,000th of a peanut and 1/20,000th of a regular dose of egg white and milk. But still, Lyndsay admits it can be an unsettling idea: giving her baby something that can hurt him.

“I was absolutely scared. You are giving your baby something that could make him sick, and you know it. I just watched him like a hawk to see if a rash broke out or if his breathing changed,” she said.

Sean stays at Dr. McMahon’s office for an hour after every visit to be monitored for any allergic reactions. If there are none, he’ll take that same dose at home every day and then increase his dose week after week as the body develops a tolerance. It’s a slow, tedious process. For many immunotherapy patients, the treatment takes about nine months to a year.

Sean is now eating a lunch that consists of muffins made with egg, milk, and two scoops of peanut butter with sprinkles on top. All food that would have made him sick less than a year ago.

Dr. McMahon says he is discovering that oral immunotherapy might work best on young patients like Sean, who are under the age of one. It’s already been proven the therapy can help older kids build a tolerance to foods they are allergic to, but he’s trying to prove that it can seemingly erase food allergies altogether in babies. He believes it’s because their immune systems are still developing.

“It seems the immune system is so malleable at that young age, and it’s still trying to figure out what’s okay and what’s not. If we can get patients at that window, we might be able to teach it that these foods are okay. It’s kind of like reprogramming the immune system,” he said.

This research is still new and experimental. Dr. McMahon is currently working with about 25 patients under the age of one year. It should not be attempted at home and without a doctor’s supervision. Sean will continue to drink and eat maintenance doses at home every day until Dr. McMahon does labs in six months to determine if his food allergy still exists.

Moms like Lindsay Caulfield are encouraged. After all, this is not just about food. It’s about peace of mind.

“A lot of anxiety and worry is gone,” she said.