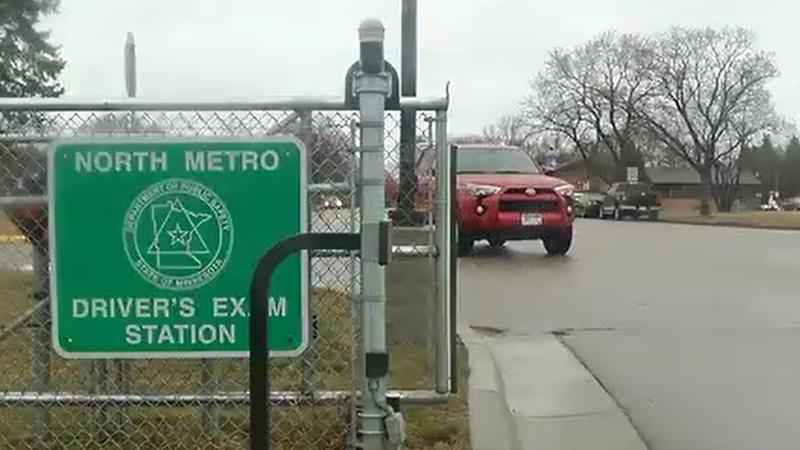 That same report also gave recommendations for resolving those issues.

"It’s a waste of parent time, waste of state time," said one parent.

For the last two years, KSTP has covered the wait times.

"A lot of his friends have gone to other locations, Duluth, Virginia, Hibbing," explained another parent.

Frustrated parents are trying to schedule a road test for their soon-to-be driver. The Office of the Legislative Auditor released a report in March with recommendations to make the system work better for Minnesotans.

"I think we’re in a very different place today than we were even six months or a year, definitely before COVID-19," said Emma Corrie, director of Driver and Vehicle Services.

"What are you looking at as far as wait times to schedule a driver’s test at those three locations as of today? You should definitely be able to get a test at any one of those locations in the month of May," Corrie said.

While that may be better, state law requires an applicant to be able to schedule a road test within 14 days of request.

"You should be able to make an appointment within 14 days at least at one of our exam stations," she said.

KSTP asked Corrie if that could mean that people still would have to drive to Bemidji or Rochester?

Corrie says the Saturday and Sunday hours will alleviate pressure, but only if people make it to their scheduled appointments.

A ‘no show’ fee is something that has lawmakers support this session, she said.

Twenty-one staffers still need to be hired, as some DVS offices may close to improve efficiency.

"At the current time, we are spread thin, so we have locations that might be called locations, but we go to only once a month," she remarked.

Corrie says the tweaks being made should make for a better customer experience.