TV ad campaigns off to slow start in 2022 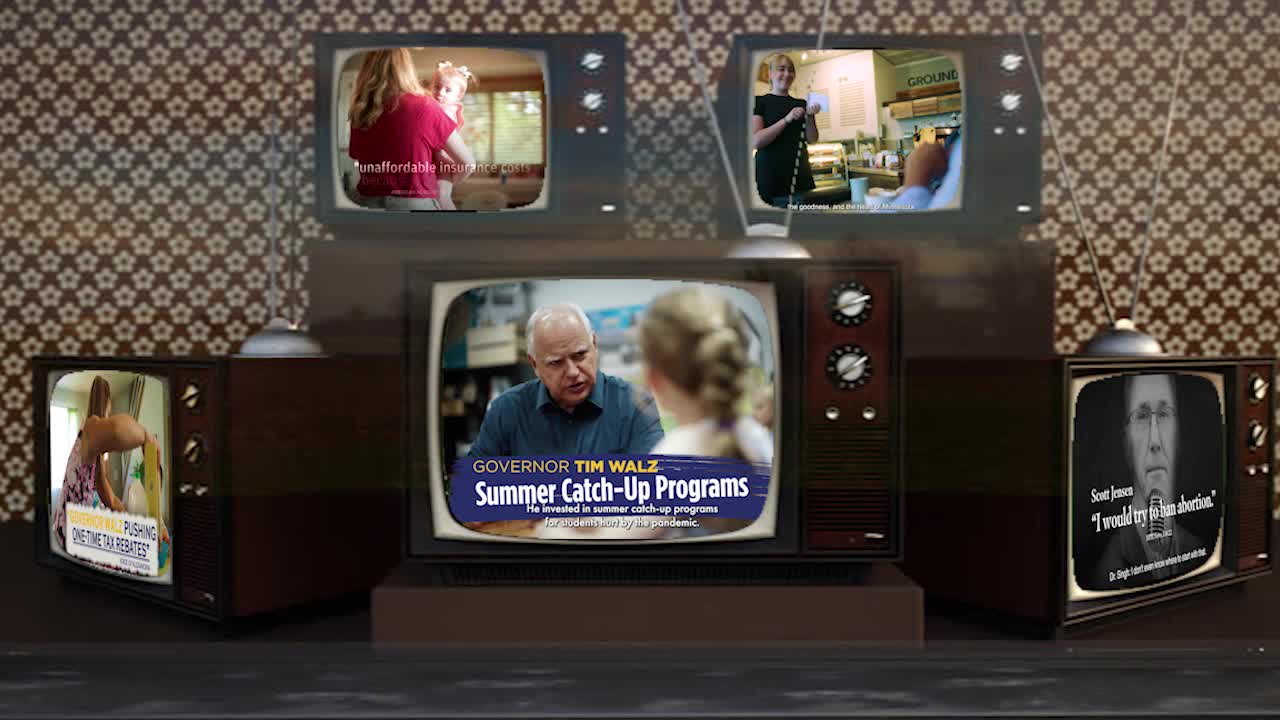 A collection of some of the political ads that have aired so far in the 2022 election cycle. (KSTP)

If it seems to you like the political TV ad season is off to a slow start, you’re right.

Although one special interest group is repeatedly airing ads attacking Republican Scott Jensen over his stance on abortion, the airwaves are mostly free of political TV ads. DFL Gov. Tim Walz and DFL 2nd District Congresswoman Angie Craig are running some ads, but their opponents so far have yet to counter them with ads of their own.

“I think they’re believing early ads don’t move voters,” Carleton College political analyst Steven Schier says of candidates not running ads yet. “They think a lot of voters are not focusing yet … and when voters start to focus, the ad money will flow.”

Republican strategist Brian McDaniel says challengers, including Jensen, will have to use their smaller pots of money carefully.

“He’s going to have to be judicious with his spending because he doesn’t have the war chest that the Democrats have and that Gov. Walz has,” McDaniel says.

On the other hand, former DFL state Sen. Jeff Hayden says Walz needs to spend money to head off attack ads he knows are coming.

“He has a record that he has to defend to extraordinary times the last two or three years with the George Floyd situation that went on in Minneapolis or George Floyd’s murder as well as the pandemic, so I think he is really kind of getting out front to kind of explain what happened and why he made those decisions,” Hayden says.

Another possible explanation for a lack of TV ads in the governor’s race and congressional races is many challengers trying to defeat incumbents don’t have enough money to put ads on television.

As of late July, Walz was sitting on nearly $5 million in campaign cash compared to just $580,000 for Jensen. Republican Tyler Kistner has less money than his opponent Angie Craig, and so far, outside groups have not started pouring money into that race.

So far, just over $6,000 in outside money has come into that race. In the 1st Congressional District, about $3.9 million has been spent, but almost all of it during the primary and a special election.