Turkey, community on the menu as fledgling St. Paul restaurant gives back

Many Minnesota nonprofits on Thanksgiving are sharing warm meals and shelter for those in need and one organization is going further than the essentials.

Nanny’s Jamaican Kitchen and the Minnesota Rapid Response Coalition teamed up to have a Thanksgiving dinner to-go event in St. Paul to give people in need access to resources ranging from food to health care.

Volunteers at Nanny’s Jamaican Kitchen spent the morning cooking up hundreds of Thanksgiving meals to serve to the community for free.

“One thing we have to understand as restaurant owners is there’s no restaurant without the community,” said Chef Okkoy Graham, owner of Nanny’s Jamaican Kitchen. “We’re putting our best foot forward to show the community we care about them just the way they show up to support our business,”

Four months ago, Chef Graham opened up his restaurant and during the first holiday season in business, he wanted to give back. 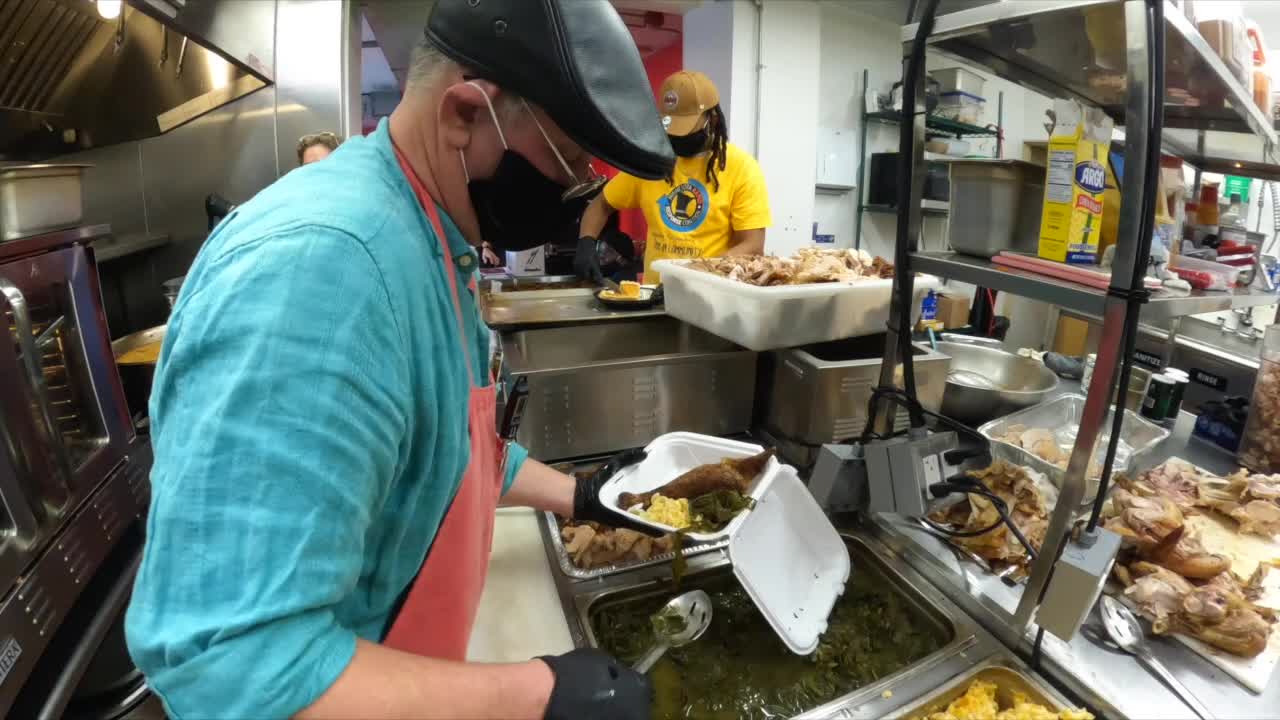 “You’ve got to be grateful for how it’s going because a lot of restaurants are closing down,” Graham said.

Graham wanted to show his appreciation the best way he could — through food.

“We’re serving turkey, cornbread dressing and we’re going to have pies,” he said.

But the event goes beyond the kitchen.

“We want to make sure that we’re not only able to provide them high-quality meals but also access to different resources,” said Alexander Bourne, founder of the nonprofit Minnesota Rapid Response Coalition.

The Minnesota Rapid Response Coalition partnered up with the restaurant to make the event happen.

After pie, patrons could make a pit stop and register to vote.

People could also stop by Philando’s Corner, inspired by the Philando Castile Relief Foundation, and grab a free face mask or gun lock.

“We just want to do our small part to make sure that we’re helping to keep our community safe,” Bourne said.

Organizers call it a one-stop shop to make sure everyone has what they need on Thanksgiving.

“This is us doing a little bit with hopes that we’ll make a big impact,” Bourne said.