A new one-minute television ad from the Governor Tim Walz re-election campaign focuses on his handling of the pandemic and the resulting economic fallout. It presents factually accurate information that doesn’t mislead, but doesn’t always offer context.

“They say tough times don’t last…but tough people do,” a narrator says as the ad begins. “Through it all Governor Tim Walz made the tough decisions to save lives and livelihoods.”

The ad goes on to recite several accomplishments, like earning Minnesota a top five ranking in handling of the pandemic by the Washington, DC-based Politico online publication. The ad also touts that he “worked with a divided legislature to balance the budget while delivering middle class tax cuts.” It is true the governor and legislature balanced the budget in 2019 and 2021, but that’s largely because the state constitution requires them to pass a balanced budget.

It is also true they passed modest middle class tax cuts the governor signed into law in 2019 and 2021. However, there’s no mention of the legislature blocking the governor’s proposal for a 20-cent gas tax increase that would have hit the middle class hardest.

The ad also recites positive economic data for Minnesota, like the lowest unemployment rate in state history and the fifth best jobs growth in the nation. 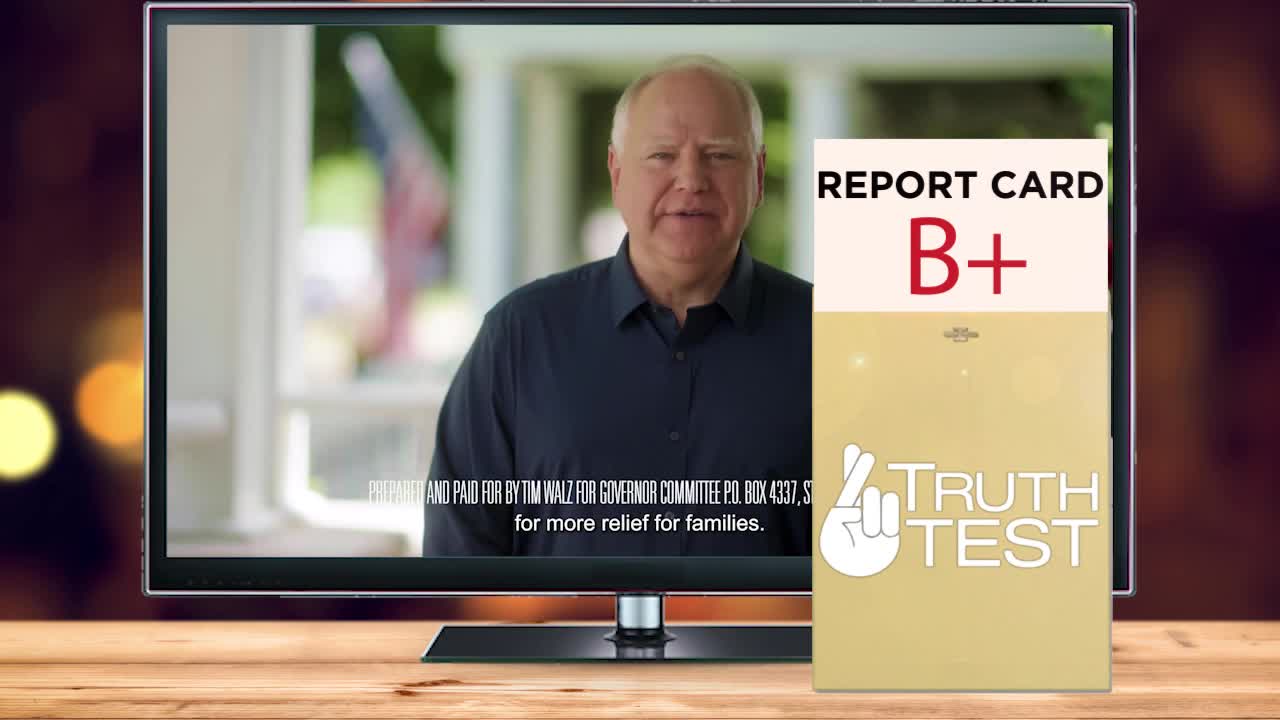 Governor Walz TV ad gets a B+ rating from the 5 EYEWITNESS NEWS Truth Test (KSTP).

Overall, the ad presents mostly accurate information that is not misleading, but leaves out important context. It gets a B+ on the 5 EYEWITNESS NEWS “Truth Test.”