A television ad produced by an independent expenditure group takes aim at Republican Kim Crockett in her bid to defeat Democratic Secretary of State Steve Simon.

The ad makes some truthful claims about Crockett’s stand on a couple of key election issues but also significantly misleads viewers by claiming she “proudly calls herself your ‘election denier-in-chief.’”

The ad starts with a narrator promoting Simon, saying “Secretary of State Steve Simon makes it his job to defend democracy.” That’s followed up with audio from Simon himself saying, “I have pledged to do everything to always protect the freedom to vote.”

The ad then quickly pivots to attacking Crockett, including a grainy black-and-white video of her speaking at a forum in June.

“Kim Crockett proudly calls herself your ‘election denier-in-chief,’” the ad says, with the last part of the quote making it appear Crockett is calling herself that nickname. 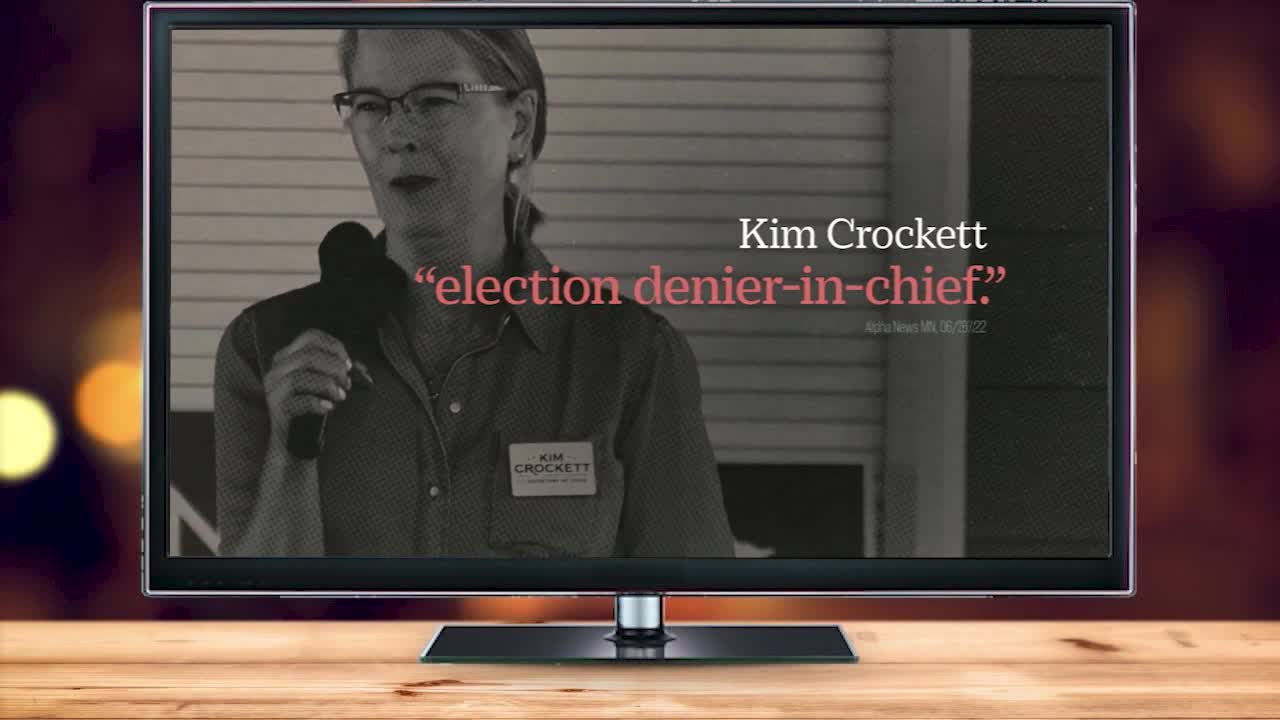 An attack ad against Republican secretary of state candidate Kim Crockett by an outside expenditure group makes some truthful claims about Crockett’s stand on a couple key election issues but also significantly misleads viewers by claiming she “proudly calls herself your election denier-in-chief.”

However, a look at the longer video clip from Alpha News makes it clear she’s referring to what other people are calling her.

“Have you heard that phrase?” she asks an audience at an election forum. “That’s what they call me in the left-wing press. In the mainstream media. You’re looking at ‘election denier-in-chief.’ Now isn’t this absurd? They are trying to shut us all up.”

The ad then goes on to attack Crockett on positions she has taken that she says would enhance election security.

“She wants to shorten early voting and wants fewer people voting by mail,” the ad says, with video of her then saying, “Why in the world would you put your ballot in the mail?”

Both of those statements are true, and Crockett proudly touts those policy positions on her website and during almost every campaign stop or interview. She says a shorter early voting period and fewer mail-in ballots will enhance election security.

Because this ad includes a mix of misleading and out-of-context material along with truthful claims, it gets a “C” on the 5 EYEWITNESS NEWS “Truth Test.”