The primary theme of the ad is that Kistner opposes all abortions, including in cases of rape, incest and when the life of the mother is in danger. Our 5 EYEWITNESS NEWS “Truth Test” committee gives this ad a failing grade.

It’s one of a series of ads the House Majority PAC is running against Republicans in several closely-contested congressional districts.

“Tyler Kistner says he’s 100% pro-life,” the ad continues. “And supports letting states ban abortion with no exception for rape, incest or save a woman’s life.” 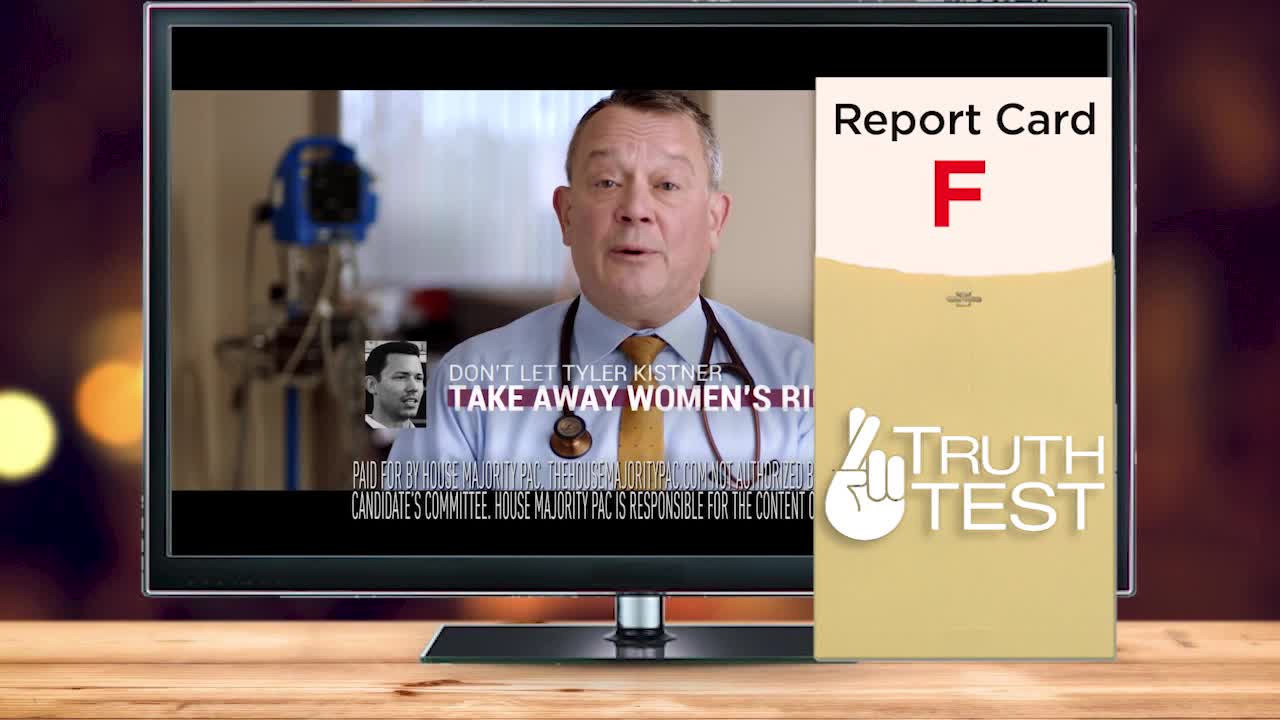 An attack ad against Republican congressional candidate Tyler Kistner gets a failing grade for making false claims on his stance on abortion.

This is false. After an extensive online search and even email exchanges with Democratic Rep. Angie Craig’s campaign — which did not produce this ad but has made similar claims — there is no evidence Kistner has been caught on video or in written form saying he opposes abortions under those extreme circumstances.

The House Majority PAC ad infers that because during the 2020 2nd District campaign Kistner’s website said he was “100% pro-life,” that means he opposes all abortions no matter the circumstances. Again, there is no evidence Kistner has said that.

In fact, in an article posted in early June, 23 days before the U.S. Supreme Court ruling overturning the Roe vs. Wade abortion ruling, MinnPost wrote this in a profile of the 2nd District race: “Kistner says he is ‘pro-life,’ but would support abortion if the life of a mother were in danger and in the cases of rape and incest.”

The TV ad goes on to say, “In Congress, Tyler Kistner would help Republicans ban abortion for the whole country.”

This is an opinion and not a fact. This week, Republican Sen. Lindsay Graham did float a proposal to ban all abortions across the country after 15 weeks, except in cases of rape, incest or to protect the life of the mother. A spokesman for Kistner says he has not taken a position on that idea and won’t until he sees an actual bill.

In a Star Tribune newspaper interview in late June, Kistner is quoted saying about the idea of banning abortion, “I think that decision should be left at the states to decide.”

The centerpiece of this ad is that Tyler Kistner opposes abortion even in cases of rape, incest or when the life of the mother is in danger. There is no evidence he has ever said or written that, but there are several quotes of him saying he supports abortions in those extreme cases.