Most political television ads include elements of truth, half-truth and outright falsehoods, but some tip the scale so far toward misleading half-truths and falsehoods they fail the 5 EYEWITNESS NEWS “Truth Test.”

An ad from a political action committee called Heal Minnesota is one of those ads. Heal Minnesota has a TV ad campaign funded by the Republican Governor’s Association, which supports Scott Jensen’s campaign — although the Jensen campaign says it has nothing to do with the producing the ad campaign.

The ad accurately states that “murders, robberies, assaults, rape” are all up in Minnesota over the past couple years. The ad goes astray when it assigns all the blame for that to Minnesota Gov. Tim Walz.

“But what is Gov. Tim Walz’s response? He pushed to defund our police.”

This statement is false. There is no record of Walz ever supporting or “pushing” to defund police. The ad cites a Star Tribune newspaper article from June 2020 to support the claim. However, even that article doesn’t say anything about defunding police. 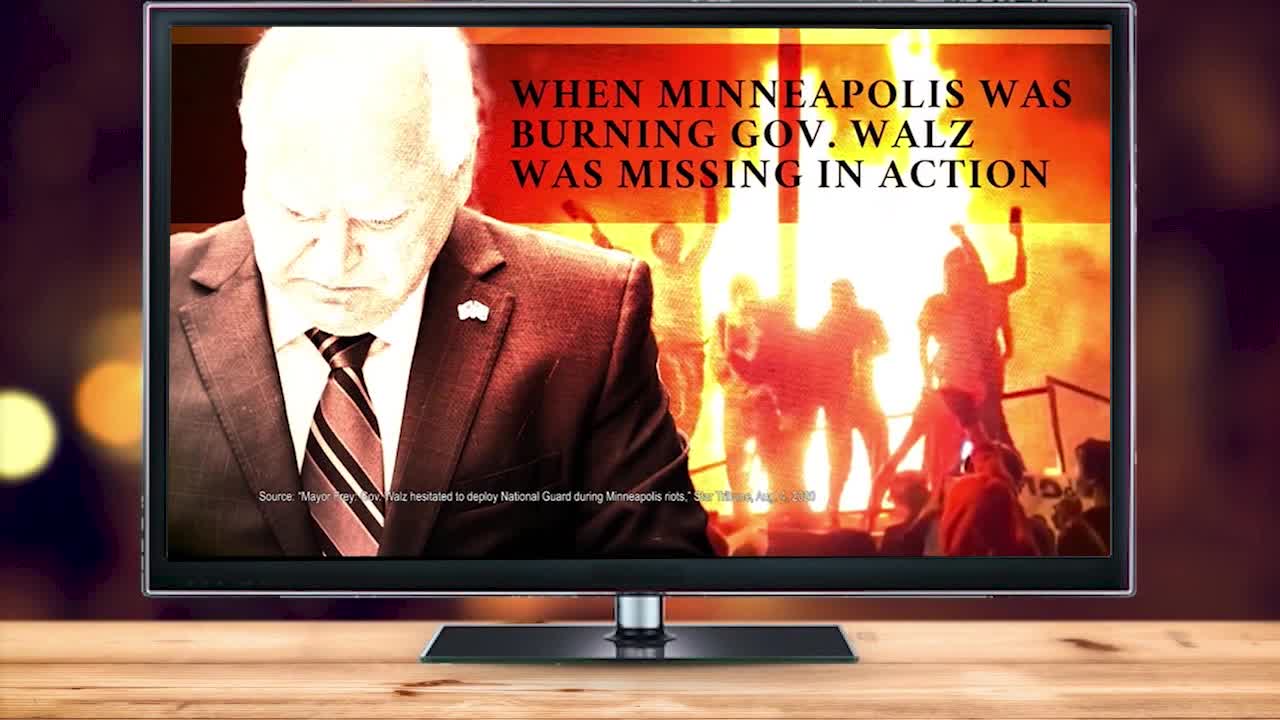 An ad from a political action committee called Heal Minnesota includes mostly false and misleading information on Gov. Tim Walz's position on police funding and his response to the riots that broke out in 2020 after George Floyd's murder. It gets an "F" on the 5 EYEWITNESS NEWS "Truth Test."

The article says, in part, “Walz, accompanied by DFL leaders, challenged the Legislature to meet calls for action sparked by his death and the protests in Minnesota and across the nation. The DFL plan would reform use-of-force standards, increase oversight of police discipline and encourage community-based alternatives to traditional law enforcement.”

It was based on a news conference held by Walz and DFL state lawmakers on the eve of a special session of the Minnesota Legislature. At no time during that news conference did anyone talk about or propose defunding police.

The ad goes on to make misleading statements about the Walz response to the riots in Minneapolis after the George Floyd murder.

“And when Minneapolis was burning, Walz was missing in action,” the ad states. “He refused to act.”

The ad accurately cites an article in the Star Tribune newspaper in August 2020 in which Minneapolis Mayor Jacob Frey says Walz “hesitated” to deploy the National Guard during the riots. However, the article goes on to outline disagreement between Minneapolis officials and the Walz administration about how quickly the National Guard was formally requested. Walz did eventually act by calling in the Guard the following day.

Because the ad includes mostly false or misleading information, it gets an “F” on the 5 EYEWITNESS NEWS “Truth Test.”