Following days of testimony and hours of closing arguments, a trial expert says she wouldn’t be surprised if the jury fully acquits Kimberly Potter or finds her guilty on both manslaughter charges.

Potter is the former Brooklyn Center police officer charged with first- and second-degree manslaughter in the April shooting death of Daunte Wright – Potter has said she meant to pull out her Taser, not her handgun, before fatally shooting Wright.

Monday started with jury instructions and followed with closing arguments, with the state leading off.

"What stuck out, from the perspective of the state, is their efforts to try to prove that Kim Potter acted consciously in some way," Rachel Moran, a University of St. Thomas law professor and defense attorney, said.

Moran, who’s not connected to the Potter trial, feels whether the state was able to successfully do that is the crux of their case. 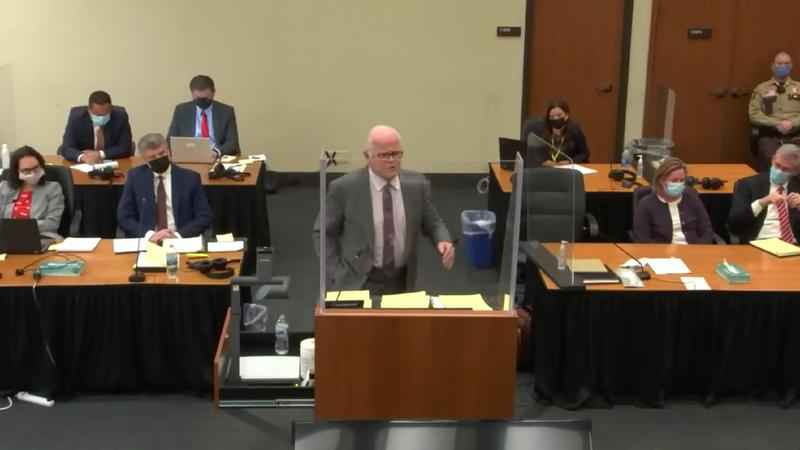 During the state’s roughly hour-long closing argument, Assistant Attorney General Erin Eldridge focused on the elements of the crime – stressing to the jury that it doesn’t matter if what happened was a mistake, and not to be swayed by Potter’s emotional testimony on Friday.

"This case is also not about whether the defendant is sorry, or whether she’s remorseful, of course she’s sorry," Eldridge told the jury.

While Moran said the state did a good job pointing out Potter did something that no reasonable officer would do, she feels this is not a "slam dunk" case for them.

As for the defense’s closing, Moran said they have a strong argument by highlighting this was a mistake – but did not agree with their decision to argue Wright’s actions led to his death.

Potter’s attorney pointed to witnesses that testified in court saying they too may have shot Wright in a similar situation to argue Potter’s use of force was justified – also something Moran doesn’t feel is a strong argument.

"I have been confused by that tactic from the beginning," Moran explained.

"(Potter’s) actions show that she falls apart, weeping and sobbing, and yelling ‘I’m going to go to prison,’" Moran said about how Potter reacted after shooting Wright.

"On the one hand, you feel bad because she’s sorry. But on the other hand, she knows very well that that was not justified," Moran added.

Moran felt neither side gained an edge after closing arguments – she believes a verdict could come as early as Tuesday.

The jury is sequestered – meaning they won’t go home until a verdict is reached. Deliberations continue Tuesday morning.

As for the two charges they’re deliberating – first- and second-degree manslaughter – Moran also explained the difference.

She said a first-degree conviction would have required the state to have proved without a reasonable doubt that Potter recklessly used her firearm. Also, that she consciously disregarded a known risk that her actions could cause death or serious injury.

As for second-degree, Moran said it’s not limited to a firearm but if the jury believes the use of a Taser would have been inappropriately dangerous, Moran said second-degree could fit. And, second-degree also requires "culpable negligence" – meaning an ordinary, reasonable person would know their actions were dangerous.