“This is not the time to be a pacifist.” A university professor in Kyiv shares his experience as a military sniper in the war in Ukraine.

The war in Ukraine has been raging for nearly five months now.

Since the Russian invasion at the end of February, it’s been a dangerous, deadly, and transformative journey for Yuri Chornomorets.

“I regard myself as a pacifist, but this is not the time to be a pacifist,” he said. “My wife gave me permission to enlist as a volunteer on the third day of the war.”

Before the invasion, Chornomorets was an academic, a philosophy professor in Kyiv.

But the 49-year-old father of five now has a new role: he’s a long-range sniper with the Ukrainian Army’s 5th battalion. 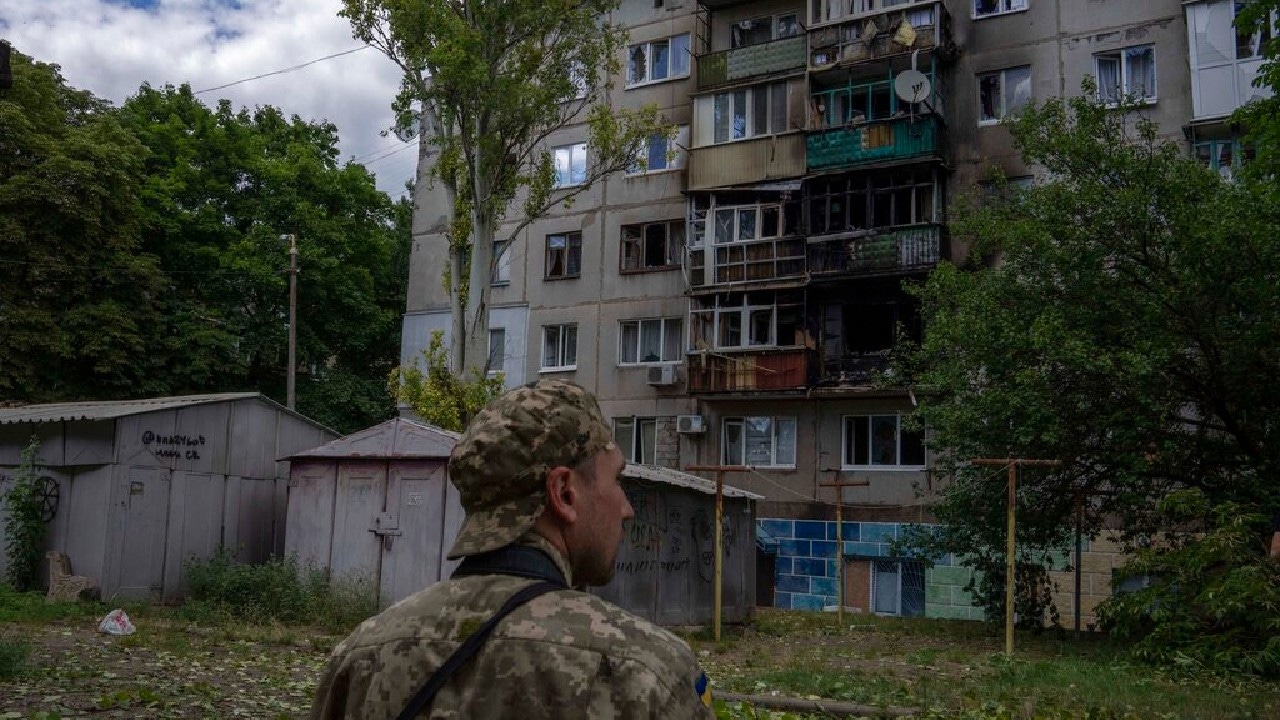 “I was a sniper when I was a young man,” Chornomorets explained. “I was able to get a tracker, a sniper rifle, a U.S.-made sniper gun.”

During a Zoom interview, he showed us his rifle and its large caliber bullets.

Chornomorets said his rifle can hit targets up to two miles away.

“There were many enemy groups,” he added.

Chornomorets shared his story with translation help from his friend Paul Gavrilyuk, a University of St. Thomas theology professor.

“He’s a colleague,” Gavrilyuk noted. “When I would come back to Ukraine during peacetime, we would, you know, discuss big ideas.”

“He knows if he’s not doing it, then there will not be a country in which he could continue living and teaching,” Gavrilyuk told 5 EYEWITNESS NEWS. “He doesn’t actually see his life really outside Ukraine or without Ukraine.”

Chornomorets said he’s currently on medical leave after suffering radiation poisoning during a battle at Chernobyl.

“I don’t see an easy or quick end to this,” said Mary Curtin, the Diplomat-in-Residence at the University of Minnesota’s Humphry School of Public Affairs. “The war is continuing as just a really brutal battle in every respect.”

Curtin said military aid from the west, including heavy artillery and rifles, is helping.

But she said the war in Ukraine is turning into a long, drawn-out conflict.

Curtin told 5 EYEWITNESS NEWS experts to believe Russia has used about 60% of its missiles.

With 40% still left, she pointed to Ukraine’s high level of destruction in just the past five months.

Curtin said she thinks the fighting will continue “for some time to come.”

“It seems like Putin’s aim is to gain as much territory as he possibly can,” she explained. “And then, then probably make the rest of Ukraine — if he doesn’t try to occupy it — just a weaker and poorer state because it has suffered so much destruction.”

Still, Chornomorets believes Ukraine can win the fight against Russian forces with its people’s courage and enough military aid.

“When U.S.-made HIMARS (high mobility artillery rocket systems) are destroying their ammunition reserves and are systematically destroying where they have that supply chain, we understand they really do not know how to fight,” he said.