In broad daylight, thieves recently targeted vehicles in child care center parking lots, including some while parents were dropping off their children, according to the Washington County Sheriff’s Office.

In a matter of 25 minutes, three child care centers in Hugo reported vehicles with smashed windows or doors opened and items stolen on Thursday morning.

“We’re confident this is multiple people that are working together,” Commander Timothy Harris said. “It’s a crime of opportunity.”

A crook smashed out the windows on Sasha McGinnis’ vehicle while it was parked outside New Creations on 140th Street, and stole her purse.

“To be honest, I felt like I was in a cloud, I was astonished that someone would target a child care center,” McGinnis said. 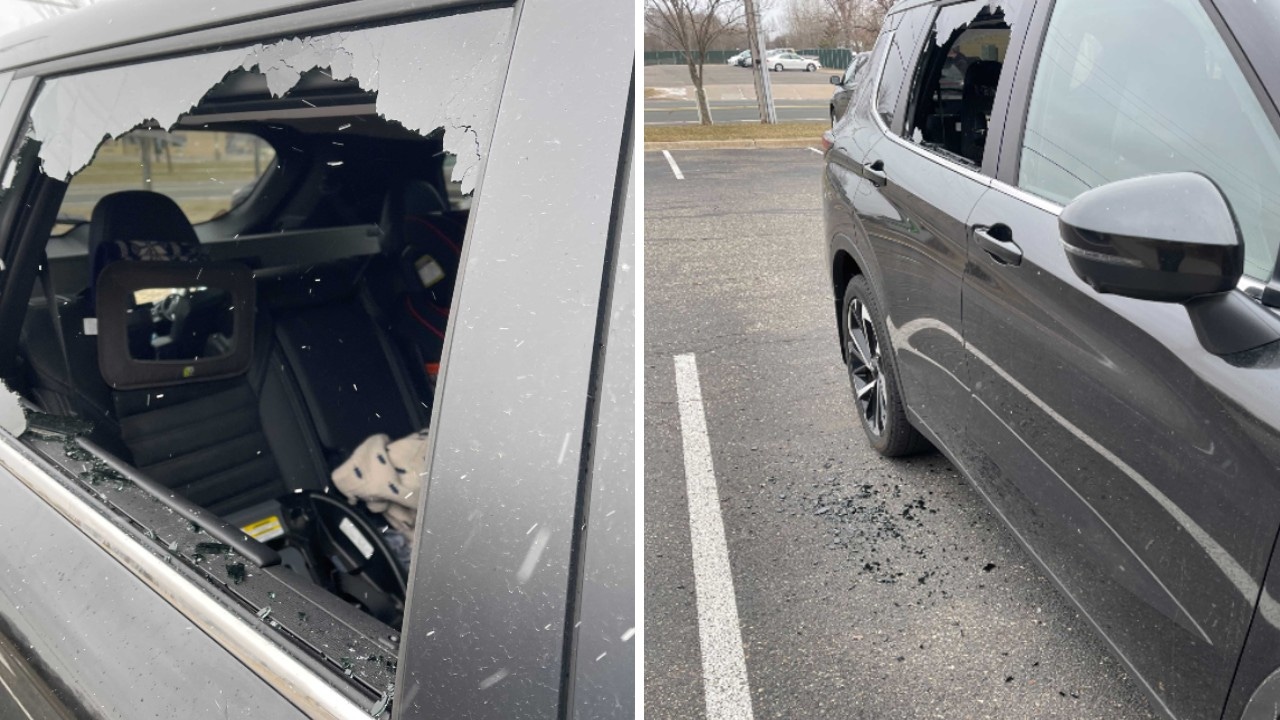 A broken window is seen after a break-in at a day care center parking lot in Hugo on April 14, 2022.

The crooks shattered the window of another vehicle in the lot, stealing a woman’s purse inside, according to deputies.

A six-minute drive away, Kristin Mahre’s vehicle window was shattered while she was inside dropping off her child at New Horizon Academy on Mercantile Drive.

“You get in your normal routine, there’s comfort in that, for me it’s been a good reminder to be a bit more thoughtful of my normal routine,” Mahre said.

“It literally takes seconds to smash a window out, grab something from the front seat, back seat,” Commander Harris said.

The sheriff’s office said it feels the suspects were working in teams — with two or three people going and pulling door handles to see what was open.

A short time after the thefts in Hugo, White Bear Lake police reported break-ins in vehicles in two day care center parking lots in the 5000 block of Stewart Avenue and the 4600 Block of White Bear Parkway.

Law enforcement suggests taking purses, wallets and bags with you instead of leaving them even in a locked vehicle.

Anyone who can help law enforcement identify the suspects is urged to contact the Washington County Sheriff’s Office or White Bear Lake Police Department.