Minnesota movie theaters are pivoting during the pandemic to find new and exciting content for audiences, at a time when many major Hollywood movies are delayed.

"It’s not just waiting for the next big blockbuster," Mike Wedel, general manager at Emagine Theatres in Eagan, said. "We’re moving into more sporting events and other live shows."

"It’s a slower time traditionally for movie theaters, so why not roll the dice?" Wedel said. "People are cooped up and they’re looking for something to do."

Wedel said the showing will be the first time Emagine Eagan has broadcast a live sporting event on the silver screen. It is part of a broader strategy to give audiences something new and exciting to see at the theater, which may include showing other live events in coming weeks, from high school sports to popular TV shows, even concerts. 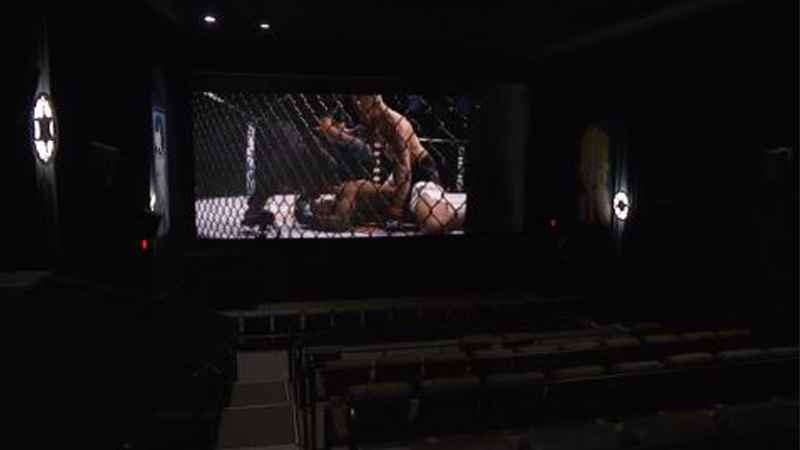 "You do get that reaction. The crowd feeds off of each other," Wedel said. "To come out and get something that you can’t quite get at home."

Wedel believes getting creative and offering these types of new options is a win-win: It gives theaters compelling content at a time when the major motion picture lineup is in a downturn, and it allows Minnesotans to gather with family and friends in spaces bigger than their own living rooms, for appropriate social distancing.

"Plus, it’s a bigger screen and the most powerful sound system, so it really should be a good time if you’re going to come out," Wedel said.