It’s no secret that Minnesota is ‘the state of hockey.’

This weekend, the Rogers youth hockey community is rallying around three families that have been facing a rare form of cancer.

“I mean it’s like anything else for kids,” declares Kari Como, a mother of three. “If there’s something that you don’t think is right, keep questioning it.”

At the Rogers Activity Center, about 300 players are hitting the ice for ten games through Monday night — a fundraiser to help that trio of families, and much more.

“I think it’s a really nice idea,” exclaims Ashly Bliven, a Rogers High School Sophomore. “It’s a good idea that Rogers Hockey is helping everyone, those kids in the hospital.” 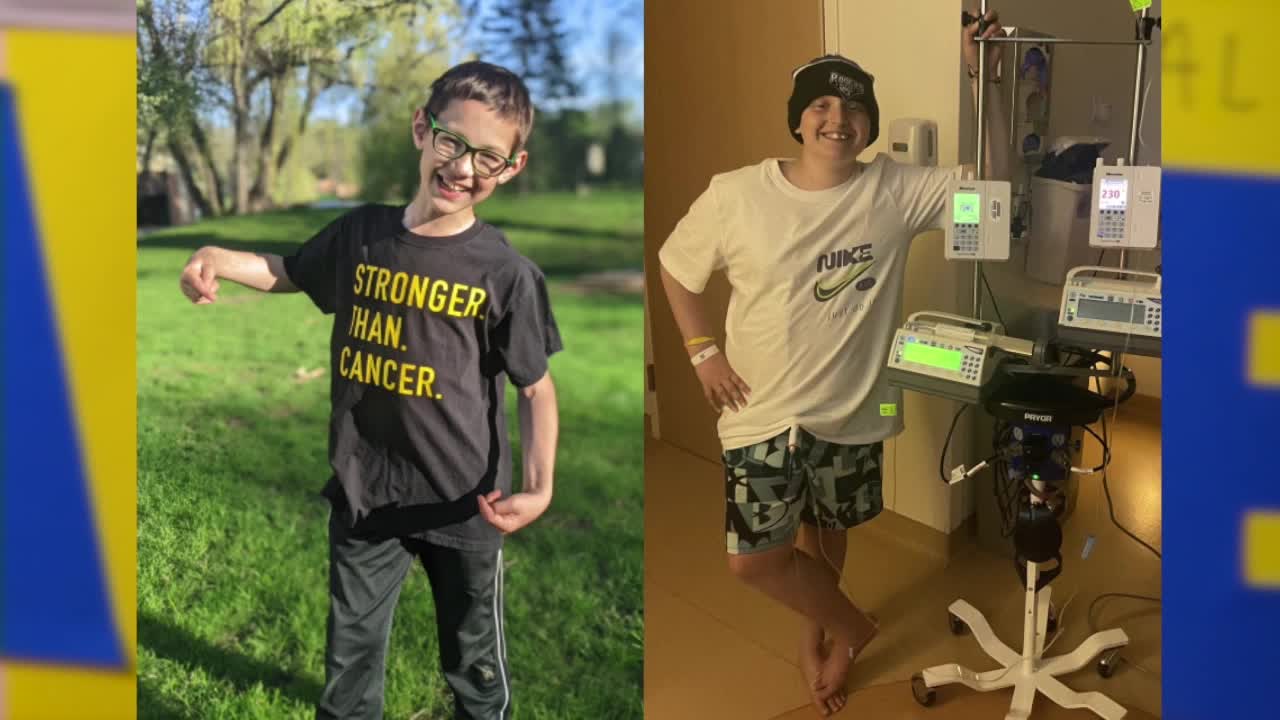 Como is organizing the event.

She says in 2020, her husband Josh died from Sarcoma, a rare, aggressive cancer that attacks the bones and soft tissue.

Only two years before, he had found a lump in his arm.

“I think it’s a little emotional. I probably wouldn’t be doing this if it wasn’t for him,” she recalls. “They ended up amputating half his clavicle, his shoulder, an entire arm, trying to stop it. By the time he had passed, it had spread everywhere, got into his brain. Found it in his brain in September 2020.”

This weekend, Como is advocating for two boys fighting cancer battles of their own.

But she says there’s good news.

Both 10-year old Riley Kane and 11-year old Carter Haw, also diagnosed with Sarcoma, are recovering after months of chemotherapy.

“I see him all the time at the ice rink, he goes to the boy’s games,” notes Emma Fee, a classmate of Carter’s, who says she’s happy about his improving health. “He fought cancer for a while and he’s done with it, too.”

The money will go to ‘Rein in Sarcoma’ — a Fridley non-profit that donates funds for Sarcoma research.

“All these families have kind of banded together to make sure we can raise education awareness for families, patients, and physicians,” says Janelle Calhoun, the non-profit’s executive director.

Calhoun says since 2001, the group has funded over $2 million in research — including 82 studies at facilities like the University of Minnesota, Mayo Clinic and Children’s Minnesota.

She notes that Sarcoma accounts for about 1% of cancers diagnosed in adults, and about 15% in children.

“We want to understand what’s feeding these tumors, what’s growing them, why are they metastasizing and moving,” Calhoun says.

Como says while she’s happy to help, she also hopes to raise awareness about Sarcoma and help families to become more aware of their own health issues.

“Maybe just if you have an instinct that something’s not right, you should probably talk to the doctors,” she says. “And keep being your own advocate, your kids’ advocate, your spouse’s advocate to get it checked out.”

You can find out more about Rein In Sarcoma here.