‘The next 3 months are going to be extremely tough’: New survey shows tough road ahead for Minnesota’s hospitality industry

Outside the White Bear Country Inn, an ‘open’ sign flutters in the wind.

They’re signs of these pandemic times, and the challenges that lay ahead in the hospitality industry.

“I think the next three months are going to be extremely tough,” owner Bill Foussard said. “After that, we’ll start building.”

But Foussard is under no illusions. Before the pandemic, he had 200 employees. Now he has between 20 and 25. 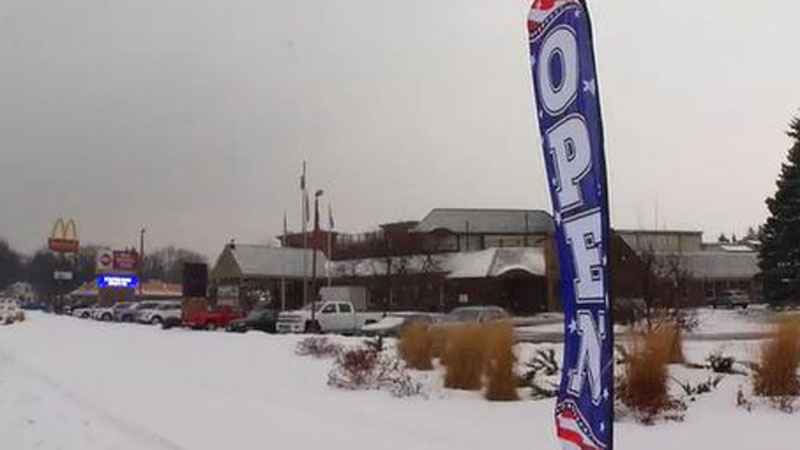 "Sales are way off. Hotel sales are down 37%,” Foussard said quietly.

His occupancy rate is typically 10 to 15 rooms a night; sometimes, it’s as low as five rooms.

And the bills keep on coming.

Foussard said his taxes are about $20,000 a month — a cost that continues amid the pandemic.

“It just affects everything,” he said. “So the business is hurting. The people working here — laid off a lot of people. Some are back, but it’s been a challenge.”

That, he says, really hurts.

“I just wrote a letter to the governor today, asking him, ‘Can you please open it up to 50 people?’ We have space for 250 to 300, we can only do 15?” Foussard said. “We do a lot of meetings and banquets, and off-premise catering to other venues. Because it’s up to 15, we can’t do any of that business.”

A new survey by Explore Minnesota, Hospitality Minnesota, and the Federal Reserve Bank of Minneapolis found there are big worries in the hospitality industry about the next few months.

“It’s a really desperate time, I think, for hospitality operators,” said Ben Wogsland, Hospitality Minnesota’s Director of Government Relations. “They’ve been closed multiple times, and during these times, the bills continue to pile up, whether that’s your rent, your mortgage or your taxes or your insurance.”

The survey found that 93% of food and drink establishments are reporting ‘negative financial health.’

One-third of those surveyed say under current conditions, they’ll remain solvent for ‘no more than three months.’

It means they may not be able to pay their bills.

The survey also says the pandemic has cost Minnesota $7 billion in travel industry losses between March and December of 2020.

"About half of the food service and restaurant folks surveyed that they feared they would be going into financial collapse in the first quarter of the year here,” Wogsland explained. “Even at 50%, many restaurants are trying to break even, or just lose less money than they might be at full capacity.”

Foussard and his customers are happy his restaurant — Rudy’s Redeye Grill — was able to reopen Monday at half capacity, which is about 100 people with safety precautions.

“It’s been tough, but I think certain things are necessary,” said Silas McKinnie, a long-time customer.

Foussard took out half the restaurant seating, and has safe-distancing signs and stickers and sanitizer stations posted in numerous locations.

There are restrictions — only seven people at a time in the pool — and a one-person limit in the hot tub.

And there are continued options like curbside pickup and delivery from the restaurant.

Foussard said he’s run the inn for 21 years and has no intention of stopping.

In fact, he’s hoping in the spring that business will pick up, and he hopes, eventually, the restrictions on meeting spaces will be expanded.

But in the meantime, Foussard said he’s determined that his business will survive while keeping his customers safe.

“We got an incredible team, we gotta make it happen,” he said. “One door closes, another opens. We will survive. We have no choice.”