The MN DNR has a way to detect zebra mussels even when people can’t. His name is Mac, and he’s a highly-trained K-9.

As boating season begins, the Minnesota Department of Natural Resources (DNR) wants us all to help stop the spread of zebra mussels.

The aquatic invasive species destroy habitats for native fish and animals. They attach to boats, motors, docks, and lifts. They clog water intakes at power plants and can cut the feet of swimmers.

Zebra mussels were first discovered in the Duluth harbor in 1989. It’s believed they were in the ballast water of cargo ships coming from Europe. By 2014 the DNR confirmed them in 76 Minnesota lakes and wetlands, and in 2022 it’s now 273 lakes and wetlands.

It’s against the law to spread zebra mussels from one body of water to another in Minnesota, and the DNR has a tool that finds them every time.

Mack is a highly trained K-9 officer that can detect zebra mussels even when people can’t. The dog and his partner, DNR Lt. Phil Mohs, search boats and trailers for zebra mussels all over the state. 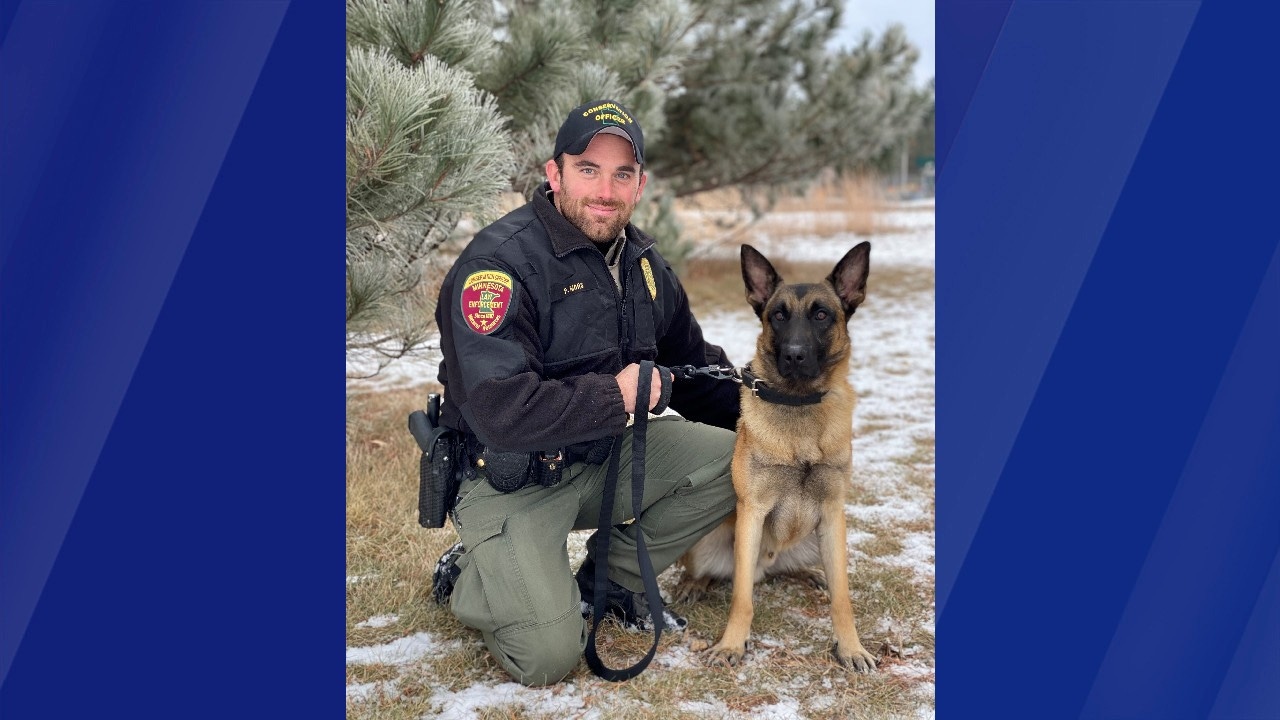 “And much like you see invasive species inspectors at landings, Mack can do that same job, but he does quite a bit faster and a little bit more thoroughly through the sense of smell,” Mohs told 5 EYEWITNESS NEWS.

“He came from Hungary” Mohs said. “And he’s trained to detect zebra mussels and wildlife, he can find firearms, shell casings, and then he does the officer protection, criminal apprehension and tracking.”

The DNR has two K-9s trained to find zebra mussels. Mohs says people are often surprised to learn that. “It’s daily. I get, ‘are you looking for narcotics?’ Like no, I look for zebra mussels. And the answer that I always get is, ‘oh, we didn’t know the DNR had dogs capable of doing that.'”

Mohs says Mack is always right. “Yeah, they’re not wrong. And sometimes you think never again am I going to be amazed by a dog, but they always seem to amaze you.”

For Mack, finding zebra mussels is a game he’s been trained to play.

“The DNR’s dogs are probably the lowest paid but yet happiest employee,” Mohs said. “They work for a ball, a kong or a tug. And when he’s out working, he doesn’t care about anything else in the world other than where’s that odor that I’ve been trained and conditioned to alert to that will help produce my reward for me.”

To learn more about dogs and their sensational sniffers, we went to the University of Minnesota Veterinary Medical Center in St. Paul, where Dr. Lindsay Merkel brings her dogs, Parker and Polka, to work with her.

“Dogs have this incredible sense of smell,” Merkel told 5 EYEWITNESS NEWS. “They have olfactory cells and the processing of sense unlike what we can do as humans.”

According to Merkel, a dog’s sense of smell is estimated to be 10,000 to 100,000 times better than humans. And they are exceptional at processing odors because humans have about 6 million olfactory receptors, while dogs have a staggering 300 million.

Dogs can be trained to find explosives, drugs, missing people, and endangered species. They can detect pests in your house and termites and snakes outside. They alert farmers when their cows are fertile, detect emotions in people, and smell cancers and viruses like COVID-19.

Merkel is raising Parker for ‘Can Do Canines,’ and he may become a diabetic alert dog.

“So what he will do as a diabetes assist dog is he will help people who would be dangerously low in their glucose. He is going to smell the difference in their breath when they have really low glucose. We have had two other dogs that we’ve puppy raised that have gone on to be diabetes alert dogs, and it literally brings me to tears the number of times that they have saved their people from dying.”

These highly capable dogs also have a gentle side.

“When Mack’s at work, he’s always very high drive, and everybody’s always a little leery of them,” Mohs stated. “But at home, he just shuts it off, and he hangs out. I have him around my family. And he’s part of our family at home. And the other thing with that is it creates that social side of Mac to where when we’re out here in the public access, kids will ask, ‘Hey, can I pet him?’ And absolutely, we want the kids to interact with the dog, so they can learn what that dog is there for. And maybe they can remind their parents, ‘hey, we need to check the boat.'”

“It’s awe-inspiring to know what they can do for us,” Merkel said. “And the fact that they do it with a wag of their tail and, you know, happiness through the entire thing, and they have no idea how amazing that they are.”