Roseville Police Officer Ryan Duxbury remains hospitalized, after undergoing surgery to remove a bullet from his neck Friday, according to friends. Officer Duxbury was shot in the face responding to a call of a gunman Tuesday night.

Before he put on a police officer uniform with the Roseville Police Department, Duxbury wore the maroon and gold on the University of Minnesota-Duluth Bulldogs football team during the 2014-2018 seasons.

“There’s part of you shocked and saddened that it happened, the other side’s relieved that he’s alive and that he’s on the road to recovery,” said Curt Wiese, UMD Head Football Coach. “He was a guy who was selfless, a very good teammate, a leader on campus and our program.”

Wiese said he received a text message from Duxbury today from the hospital.

Roseville officers responded Tuesday night to a Lake Owasso neighborhood of shots fired. Police said the shooter fired 100 rounds for more than an hour at officers into homes and cars nearby, striking Duxbury in the face.

“A lot of hoping and wishing that he’s going to be alright,” said Mitch Johnson-Martin, a friend and former teammate. 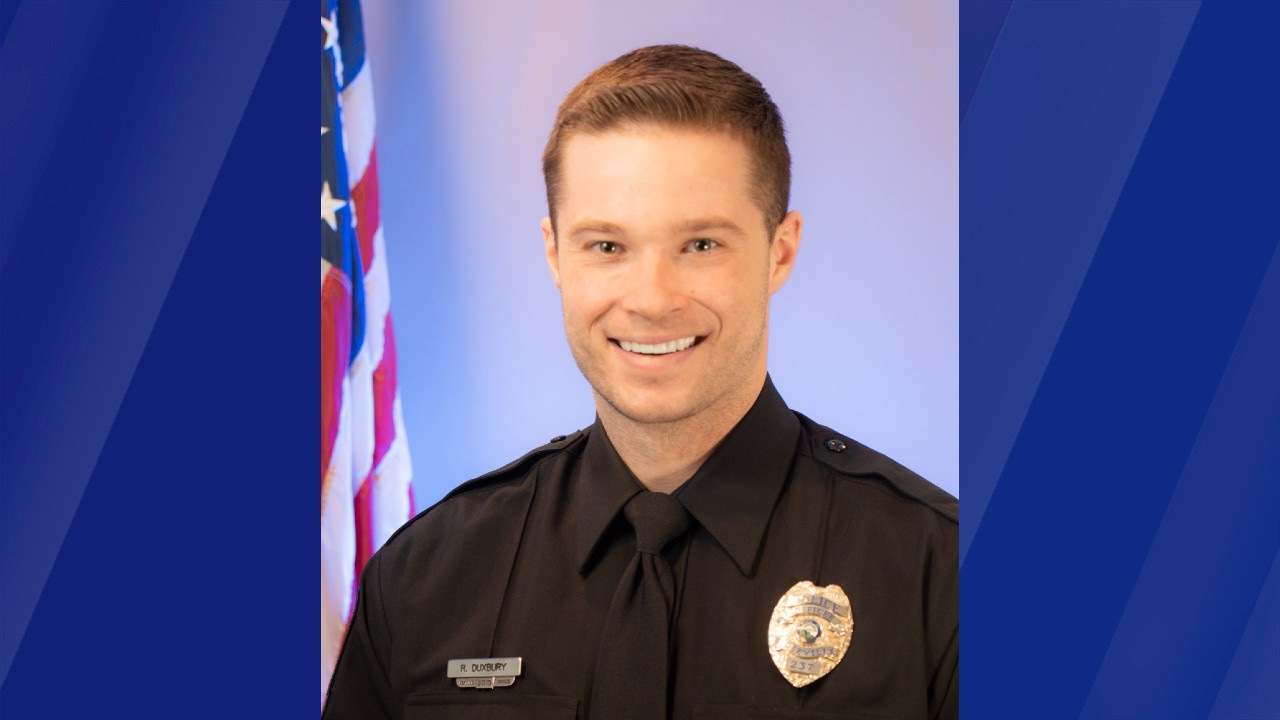 A text from the hospital, from his friend, that brought Johnson-Martin comfort.

“It brought tears to my eyes to see his name on my phone because I know how lucky we are to have him, and how lucky society is to have him as well,” Johnson-Martin said.

“He knew what he wanted to do from an early age — being a protector like that, and he did it,” said Tony Biolo, Duxbury’s former football coach at Lincoln High School in Wisconsin Rapids, Wisconsin.

“Your favorite kids are the ones that work really hard and do the things you ask them to do. He was one of those guys,” Biolo said. “He’d give other kids the shirt off his back if they needed it, he was a great leader.”

Friends have set up a fundraising page to help the officer and his family.

In addition to being a patrol officer, Officer Duxbury is a field training officer and is active in several charity events each year.

In 2021 Officer Duxbury was awarded three unit citations and has received several letters of appreciation for his file.