Tension grows between student leaders, campus police at U of M 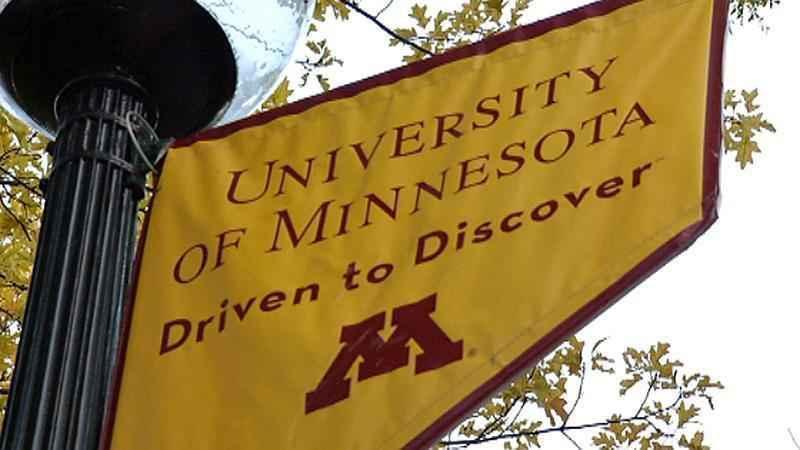 Tensions are growing between student leaders at the University of Minnesota and the campus police department.

The Minnesota Student Association issued a letter to university leaders this week, calling for UMPD Police Chief Matthew Clark to resign, saying he has ‘failed to increase campus wellness and safety for students of color.’

The letter also claimed Clark ‘failed to act on countless accusations of discrimination’ and approved sending university officers to recent protests in Minneapolis and Brooklyn Center.

5 EYEWITNESS NEWS spoke with students on campus Tuesday, who echoed some of those concerns.

"University police should be confined to strictly university issues," said freshman Fletcher Hubbard. "I know the president has talked about the UMPD not being dispatched to other areas in Minneapolis and alas, it has still been happening."

Sinjin Kasai added, "There are times where it feels like they’re paying attention to the wrong things. There’s no reason for the police department to be on the opposite side of the city. They should be focusing on the problems that are around them."

A university spokesperson confirmed UMPD sent 12 officers to assist in Brooklyn Center in mid-April as part of their participation in the West Command Task Force. The spokesperson said they made no arrests and used no tear gas or crowd control agents.

"I just think a good general question is ‘What should the role of the police be?’ Specifically, if it’s campus police, should be they doing off-campus things?" asked freshman Audrey Sylvester.

The Minnesota Student Association letter ended with a note that if administrators do not respond within two days, the students ‘will accept this as a failure of the administration to properly serve the student body and will begin planning direct actions to not only ensure the resignation of Matt Clark but the transformation of UMPD.’

But law enforcement leaders in Minnesota said statements made by one student representative went too far.

The Minnesota Police and Peace Officers Association shared a video that surfaced online, which they said shows a recorded virtual meeting between Minnesota Student Association Board Members discussing relations with UMPD.

In it, one representative asks, "When you say disrupt UMPD, what do you mean by that?"

Another responds: "Make their lives hell. Annoy the shit out of them."

The brief conversation continued with the same student saying, "Use up their resources. Make their officers show up to something."

The MPPOA said a student leader advocating for illegal actions, such as disrupting and impeding UMPD, amounts to a felony-level crime that would lead to loss of safety services on campus.

"We thought the video was extremely disturbing," said Jim Mortenson, executive director of Law Enforcement Labor Services, the organization that represents the officers of UMPD. "You’ve got students that are in elected positions conspiring behind the scenes to disrupt and impede law enforcement operations."

He said filing false police reports is not only illegal, it would take officers away from investigating other crimes.

"From working in law enforcement for 32 years, it’s mindboggling to me. I would encourage those students, if you want to find out what your University of Minnesota police officers are doing, stop and talk to them, maybe request to go on a ride-along, get educated on what they do on their calls for service," Mortenson said.

Minnesota Police and Peace Officers Association Executive Director Brian Peters added, "MSA leaders should be ashamed and apologize to the campus community and victims of crime on campus. Last month, the campus community had 13 incidents of aggravated assault, 52 burglaries, 22 car thefts, 4 sexual assaults, numerous thefts, and a murder on or near campus. We’re frustrated that elected student leaders would purposefully choose to stir further division to make the campus less safe."

The MPPOA said Minnesota law prohibits using emergency calls to report a false emergency or crime, and claims that lead to serious injury or death is a felony publishable by 10 years imprisonment and/or a maximum fine of $20,000.

A University of Minnesota spokesperson issued this statement:

"The university respects the autonomy of the Minnesota Student Association as an independent governance organization for undergraduate students, including the autonomy of its membership to speak freely. However, in this instance, the university unequivocally disagrees with the ideas expressed about disrupting UMPD’s daily work. These ideas are illegal and would directly conflict with ongoing efforts to keep our campus community safe."

On Wednesday, the Minnesota Student Association issued the following statement on the matter:

"On April 14th, MSA’s Executive Board convened for an hour-long internal brainstorming session around events happening in Brooklyn Center, where individual members were sharing their opinions. The role of MSA is to advocate for students on campus, including on community safety and policing issues. Comments made by one individual included phrases like "make their lives hell," "annoy the shit out of them," and "use up their resources. Make their officers show up to something." There have been allegations made about the individual advocating for illegal actions, but the individual never once said anything about false emergency calls. This brainstorming idea was not pursued further by the individual, Executive Board, nor the full organization of MSA. While MSA has voted through organizational statements around UMPD, including recently asking for the resignation of Chief Clark, the comments made were not an official organizational position, and MSA has never advocated for false emergency calls."