Temporary lane closures to begin on eastbound I-94 in St. Paul Friday night

According to the Minnesota Department of Transportation (MnDOT), the eastbound lanes of the road from I-94 from Marion Street to the east junction of I-94 and I-35E near the downtown area in St. Paul will have temporary lane closures starting at 7 p.m. Friday, July 15.

The lane restrictions will be removed at some point Sunday, state officials say.

After the work, eastbound I-94 and I-35E on the east end of the project area will be on the new permanent alignment, and northbound I-35E will have two lanes open from I-94 to University Avenue.

However, concrete repair activity will move to eastbound I-94 between I-35E and Mounds Boulevard as the project moves to the final stage of work. 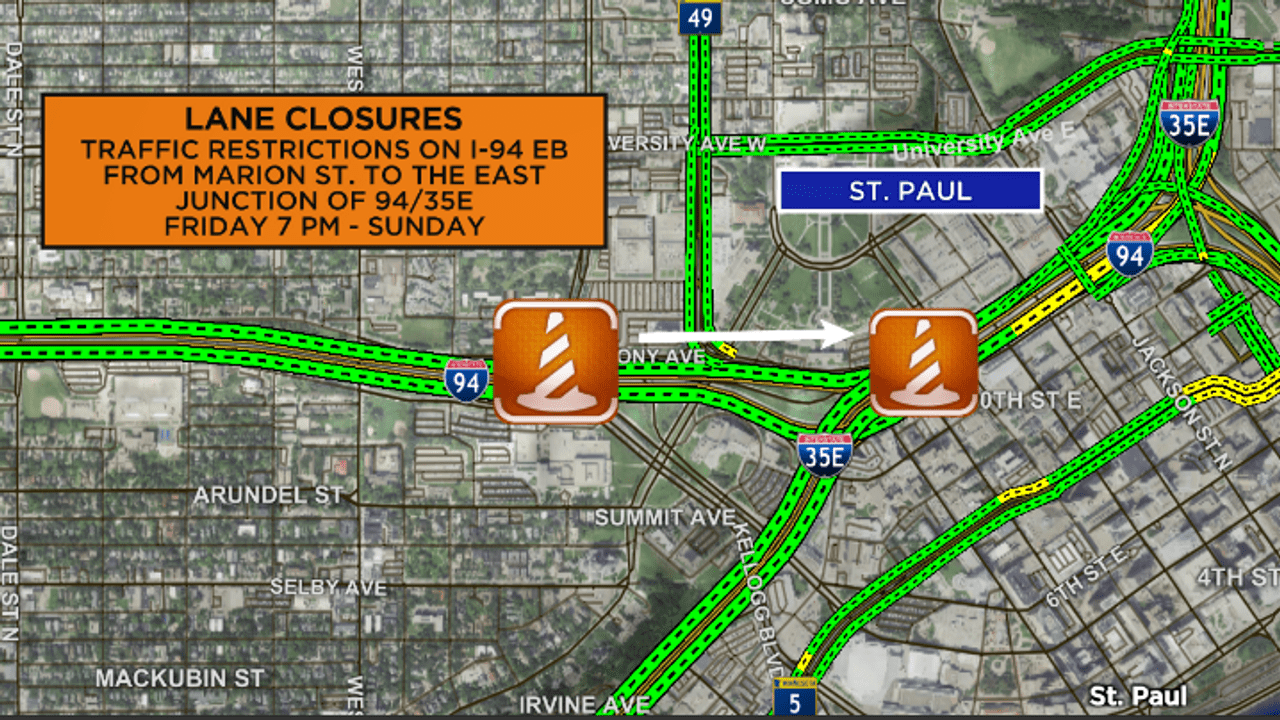 Cone Zone for the weekend of July 15-17. Credit: KSTP/Hanna Conway

MnDOT says traffic will be down to two lanes starting the morning of Monday, July 18 between I-35E and Mounds Boulevard on eastbound I-94.

In addition, the following ramps will be closed starting Monday through early August:

Meanwhile, the ramp from 11th Street to eastbound I-94 will continue to be closed until late August.