The summer of 2021 is expected to be highly profitable for teenagers looking to work.

The ongoing labor shortage affecting many industries is leading to higher pay and new incentives. According to new statistics, teens are the ones stepping in to fill the gap.

"A lot of our staff, this is their first job ever," said Thomas Boemer, the head chef and owner of Revival. 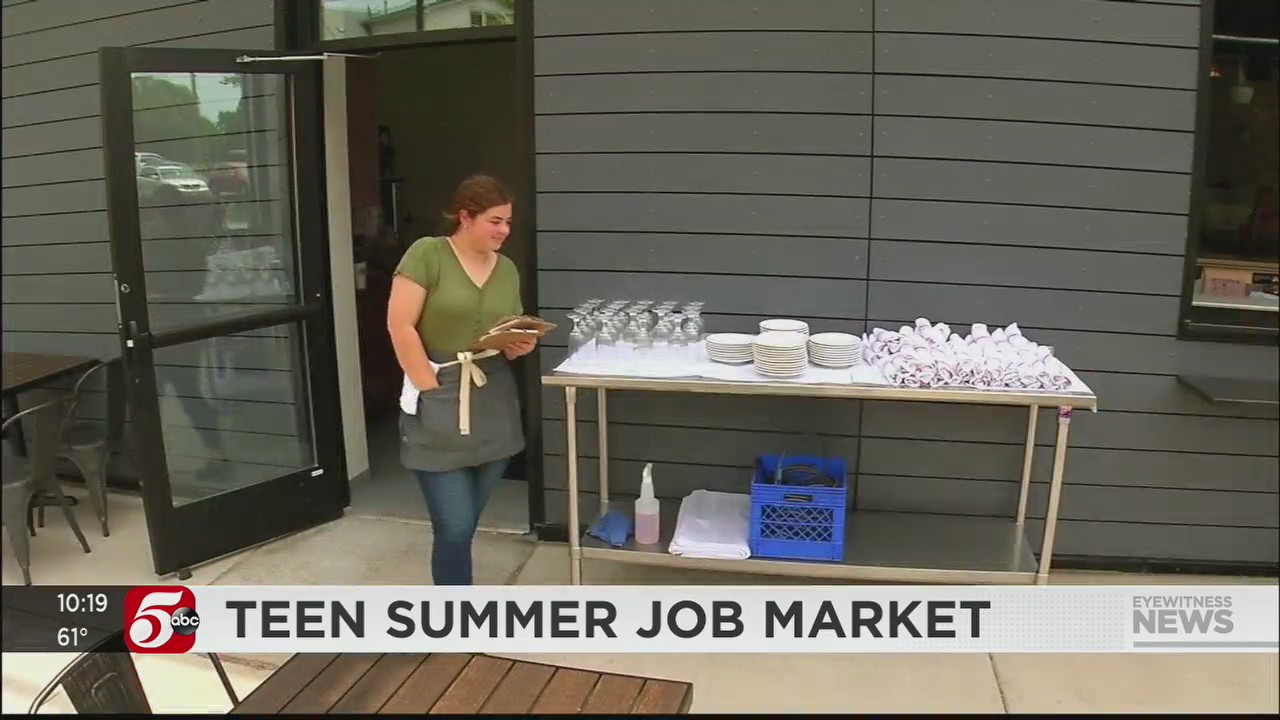 Normally, teenagers make up about 25% of Boemer’s workforce. This year, it is closer to 50%.

"It’s been really fun. I’m kind of starting to find my groove," said Emma Tight, a 19-year-old worker at Revival.

Tight said this is her first job. She rotates between being a server, host and wait assistant.

"I actually did apply to a couple other places as well and I got all of them too," Tight said. "I was really surprised about that, especially because I have never had a job before."

The Minnesota Department of Employment and Economic Development told 5 EYEWITNESS NEWS many businesses are relying on younger workers this summer while desperately trying to fill open positions. Some industries, such as food service and entertainment, are finally returning to normal operations coming out of the pandemic.

In May, nearly 37% of 16-to-19-year-olds across the country were employed, according to the U.S. Department of Labor’s Bureau of Labor Statistics. That is the highest rate in more than a decade.

"It does seem to be a very hot market for teens. They are making up a substantial share of certain industries, like leisure, hospitality and retail. These are some pretty high shares, and without the teen workforce, these businesses can kind of grind to a halt," said Oriane Casale, the interim director of the state’s Labor Market Information Office.

"Young people can immediately get trained and get placed so we’re seeing some positive momentum over the last three to four months," said Hamse Warfa, the state’s deputy commissioner for workforce development. "We are also seeing a lot of employers get really creative in how they are recruiting."

Boemer said starting pay at his restaurants is now $15-18 per hour. They have also shifted away from the traditional model of tipping servers and instead are dividing the service charge on every bill among all employees for a more equitable sharing of profits.

"It spreads the money out to everybody, and it’s been a huge part, I think, of attracting a lot of younger people and keeping and retaining the quality people we have," Boemer said. "Our starting wage is $15-18 dollars an hour, but then what people are taking home, because of the service charge component is $21-25 dollars an hour. And that’s for everybody from the teenager that’s coming in here at 16 working their first job to our dishwashers to our cooks."

Boemer said he is still hiring across all three of his restaurant locations.