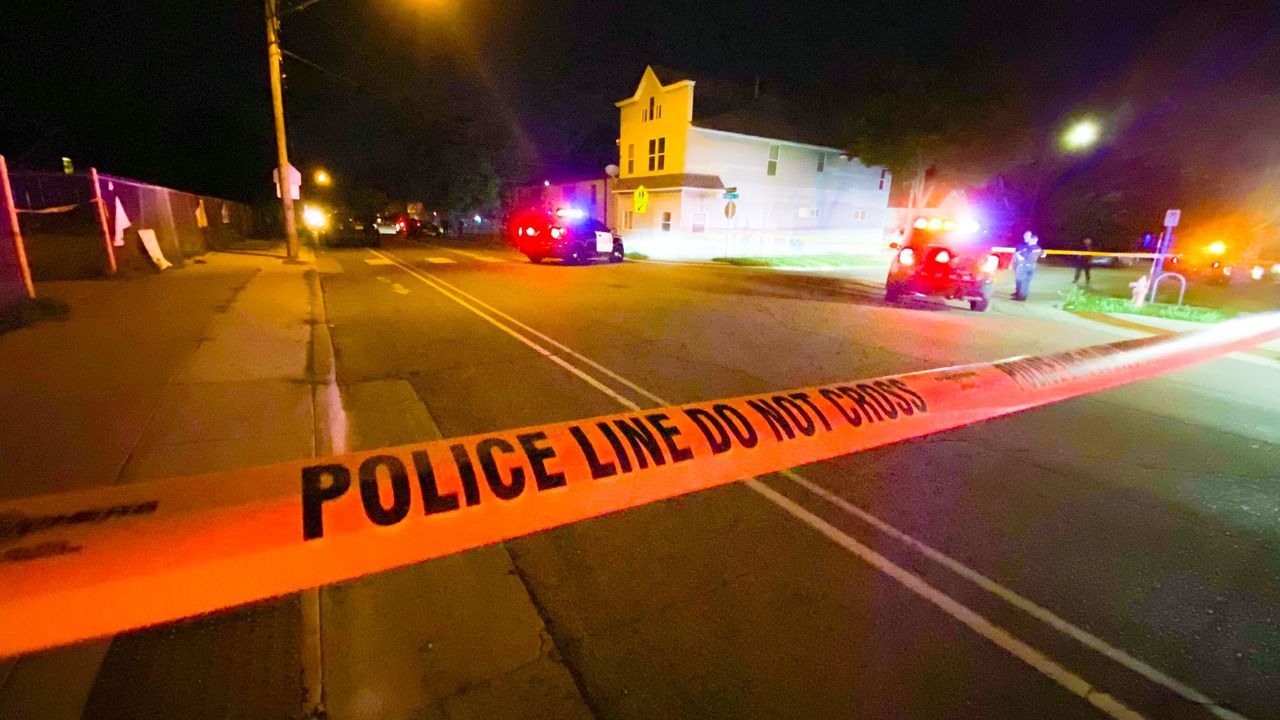 A hit and run crash in St. Paul involving a stolen vehicle out of Minneapolis has left one woman dead. Credit: Jeff Ernewein/KSTP

Police say a 15-year-old boy is in custody for his alleged role in a fatal hit-and-run crash earlier this summer in St. Paul.

According to St. Paul police, the teen was arrested Tuesday, Aug. 16.

Citing state laws, police say other details regarding the boy’s arrest aren’t being made public as of this time. However, they did add the investigation is still ongoing.

The Ramsey County Attorney’s Office says it filed a petition including one count of criminal vehicular homicide against the teen, as well as a motion for certification.

As previously reported, 70-year-old Phoua Hang was killed during the July 17 crash, which happened at around 10 p.m. in the area of Forest and Magnolia avenues east.

Hang died at the scene from her injuries.

Previously, police said the suspect vehicle was registered as a stolen gray Kia Sportage out of Minneapolis. In addition, officers had said the driver and passengers of the vehicle ran from the scene.

St. Paul police didn’t immediately specify if the teen arrested this week was the driver or one of the passengers.

Police say Hang’s family issued the following statement regarding her death and the investigation.

On July 17, 2022, Phoua Thao Hang was senselessly and tragically killed. Today’s developments are a first-and an important – step forward in the pursuit of accountability and justice.

On behalf of Phoua Thao Hang’s family and the many people who loved her, we would like to thank the Saint Paul Police Department and all of law enforcement for the time they have dedicated to investigating this crime and for their continued dedication and efforts on the case.

We also want to thank the Ramsey County Attorney’s Office for their dedication and efforts now and in the future to prosecute this crime to the full extent of the law.

As we have expressed before, Phoua Thao Hang was the singular most important person in our lives. Her life, her abiding love for her family, her deep cultural knowledge adn farming wisdom (which she open-heartedly shared), her zest and curiosity for all things, her kind and caring nature, and the thousands of untold stories, blessings, and life lessons she had yet to impart were all stolen from her, and from us, on July 17.

This is not right, and those responsible must be held accountable.

Please continue to extend us kindness and privacy as we prepare a traditional Hmong funeral and mourn our beloved.

“Our hearts go out to the Hang family who lost their wife, mother and grandmother in this senseless tragedy. We will work diligently to achieve justice on behalf of the Hang family and our greater community. While we know there is significant public interest in learning about this case, we will be as transparent as possible given the constraints under Minnesota law due to the young person’s age.”