The downtown Minneapolis Target store is making changes to the building to address safety concerns and encourage more shoppers to come inside.

The hustle and bustle of downtown Minneapolis is home to Ninth Street and Nicollet Mall.

“It’s a busy corner. Here’s a lot of foot traffic and buses that come through here,” said Justin Miller, who works downtown.

But not everyone comes to the area to dine or shop.

For the last few years, the intersection has become a magnet for crime in the city. The activity has made its way in and outside of Target. 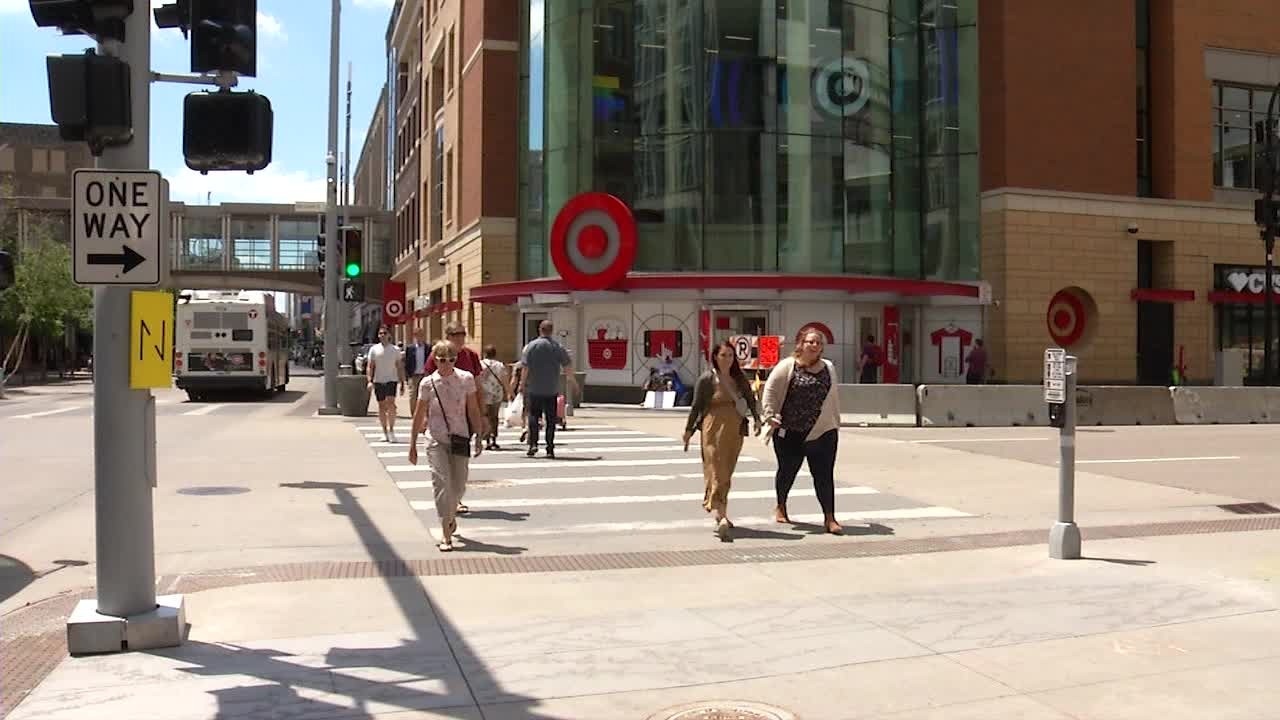 “I’m really on high alert. I won’t even walk on this side of the street,” Cohns said. “Plenty of drugs, all ages selling it and buying it and a lot of stealing out of Target.”

“The safety of our guests and team members is Target’s top priority. Along with other businesses, we’ve seen a rise in disruptive activity around our downtown Minneapolis store over the past few years, and as a result, we’ve added more security team members, changed our store operating hours and installed additional security features. We’re also working to refresh the atrium area that leads to the skyway and the store’s entrance. When complete, the refreshed atrium will be a space that’s functional, aesthetically pleasing and more conducive to the flow of foot traffic than it has been in the past. The store is open throughout the construction, and we apologize for any disruption to our guests as we complete these changes in the weeks ahead.”

Target is giving its atrium a facelift to combat loitering. The goal is to make it less of a stop-and-stay area and more of an entryway that keeps foot traffic moving.

“It’s a critical location in our downtown and the conditions have not been what we’ve wanted,” said Steve Cramer, Minneapolis Downtown Council president and CEO.

The council recently teamed up with other businesses, community outreach groups, the city and the Minneapolis Police Department to crack down on safety in that intersection.

“That involves many people, and certainly physical changes to the environment are part of trying to make it safer, having additional community outreach resources to intervene with people and connect with people to try to help change the conduct,” Cramer said. “Having more law enforcement present is also a part of the solution.”

MPD spokesman Officer Garrett Parten said in an email statement the intersection of Ninth and Nicollett has experienced a level of crime that challenges the vibrancy of the area.

In March 2022, the Minneapolis and Metro Transit police departments teamed up for “Joint Beats” to combat crime. This effort staffs the Nicollet Mall area with a uniform presence Monday through Friday with hours extending from late morning to nighttime.

In past years, this patrol did not begin until after Memorial Day. This year, the goal is to continue the Joint Beats through October, Parten said.

A separate resource of six officers is present on the Nicollet Mall for three shifts per week between late afternoon and nighttime hours.

Within the last few years, Target amped up security features, cut store hours and closed the doors of the attached liquor store indefinitely to try and fix the problem.

“I think saying, ‘We’re working on it,’ isn’t sufficient,” Cramer said. “I think what people need to see ultimately is a change set of conditions, and I would say that progress is being made, but we still have work to do.”

During Target’s construction, the revolving doors will be closed, but shoppers can still enter through the front swinging doors or the skyway.

Target officials said the construction should be completed by late summer.