Suspect in custody following shootout with police in Brooklyn Park

Police say a suspect has been taken into custody following a shootout with officers Thursday afternoon.

Brooklyn Park Police Interim Chief Mark Bruley said around 3 p.m., officers responded to a request from family members to enforce an order for protection against a person who wasn’t supposed to be at their home.

When officers arrived at the home on the 8200 block of Douglas Lane North, an armed suspect “became violent” and started shooting from inside, prompting a Brooklyn Park police officer to return fire, Bruley said. A neighbor also told police the suspect shot at her when she was leaving her home.

No one was injured in the firefight. 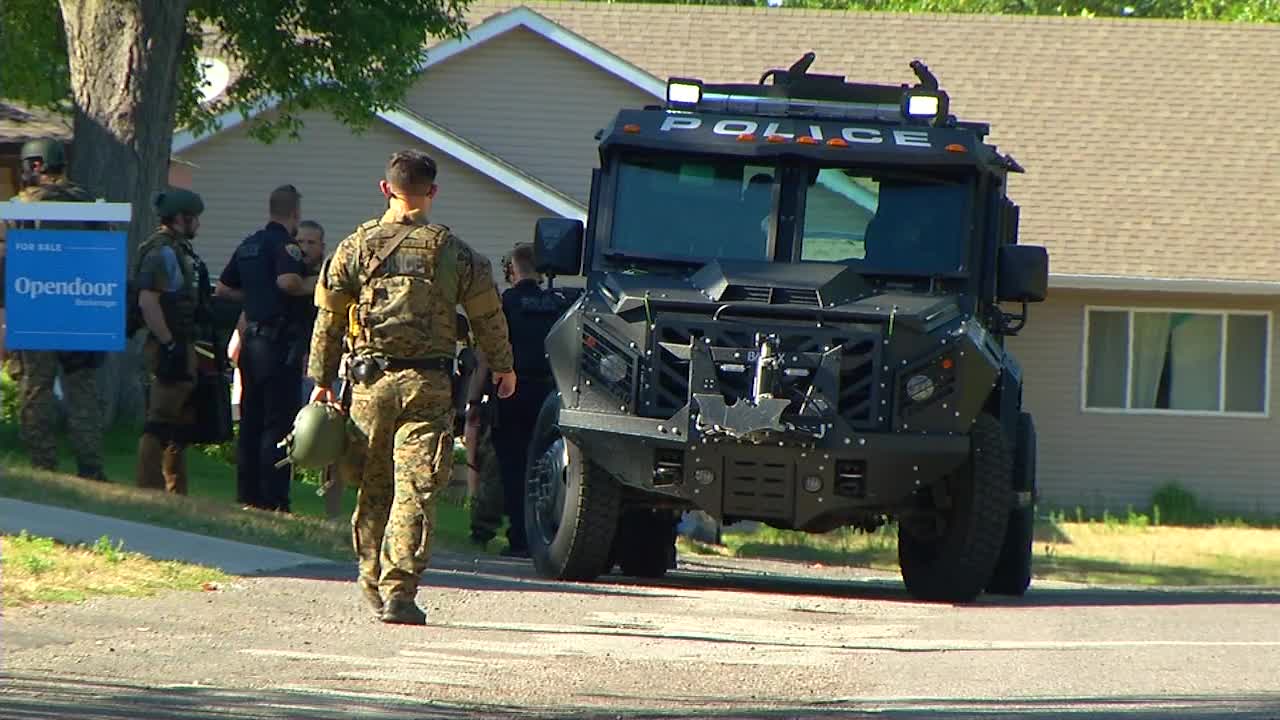 An armored Brooklyn Park Police Department SWAT vehicle is parked outside a home where a suspect shot at police during a standoff Thursday, July 21, 2022. (KSTP)