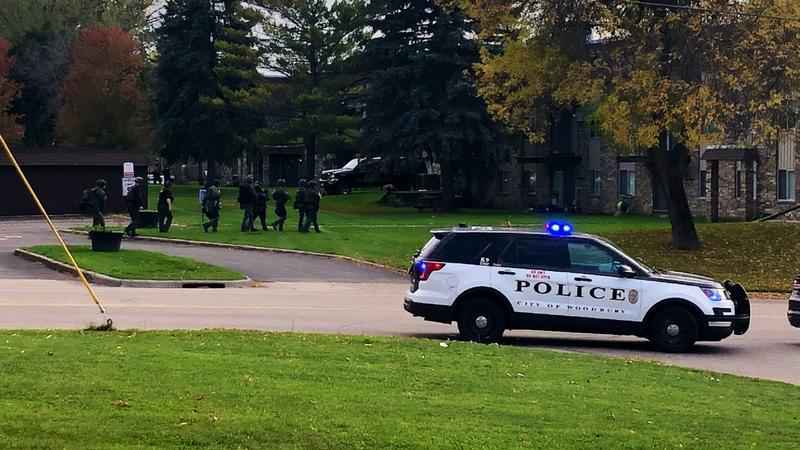 A man who was involved in a police standoff Monday evening in Oakdale has been charged via a warrant.

Court documents show Shawn Fairley Codinack, 32, has been charged with three counts of first-degree firearm assault. If convicted, Codinack faces a maximum sentence of 60 years in prison and a $90,000 fine.

The criminal complaint details the following:

On Monday, Oct. 11, the Minnesota Bureau of Criminal Apprehension (BCA) was requested to respond to a non-lethal shooting incident involving officers in Oakdale.

Agents learned that police responded to an apartment complex located along Greenway Avenue North on a report of a person who was actively firing rounds from an apartment. The complaint states that the incident began in the daytime hours, and was in proximity to Tartan High School, which was in session at the time.

Officers arrived at the scene and found the individual, later identified as Codinack, on the third floor, hanging in and out of his apartment window. A Woodbury Police Department sergeant stated that Codinack at times would sit on the ledge of the window and hang his feet over the edge, then hop back into the apartment, and then return to the window. Codinack reportedly seemed agitated and made a statement about "wanting to see God."

As officers attempted to talk with Codinack, he threw many items out the window, including a pump shotgun that police suspected had been fired before their arrival. Officers continued to negotiate, asking Codinack to come out of his apartment peacefully. At one point, the complaint states that Codinack fired a handgun at officers who were speaking with him from the window. Police returned fire, however no one was injured in the gunfire.

Codinack eventually complied and was taken into custody. He was then transported to a hospital where medical staff placed him on a mental health hold.

Authorities found "numerous" firearms in Codinack’s apartment, along with five knives and bow and arrows.

Wednesday evening, the Minnesota Bureau of Criminal Apprehension identified the four law enforcement personnel who discharged their service weapons during the incident. Three used their firearms and one used less-lethal ammunition.

The BCA recovered three guns from the scene. Some of the standoff was recorded on body-worn, drone and squad cameras. No one was hit by gunfire.

An investigation by the BCA is underway.