Ice, wind and snow are continuing to stall holiday travel plans, both on the ground and in the air.

The Minnesota Department of Transportation has begun reopening some of the roadways which had been closed due to the drifting and blowing snow across southern and southwest parts of the state.

I-35 south of Albert Lea, as well as I-90 west of I-35 in Albert Lea, re-opened to traffic at 11 a.m. Saturday. However, the agency said drivers may still encounter difficult travel conditions due to reduced visibility. MnDOT adds there are also many stalled vehicles on those highways due to drivers traveling on them while they were closed.

According to MnDOT, there are still several roads that are closed, or have travel advisories listed for them due to the conditions and stranded vehicles. Early Saturday morning, many roads were listed as impassable by MnDOT.

The agency says they will be waiting for tow trucks to remove stranded vehicles, and will first work to get one lane open on high volume roads such as Highways 71, 212, 7, 15, 23 and 59. 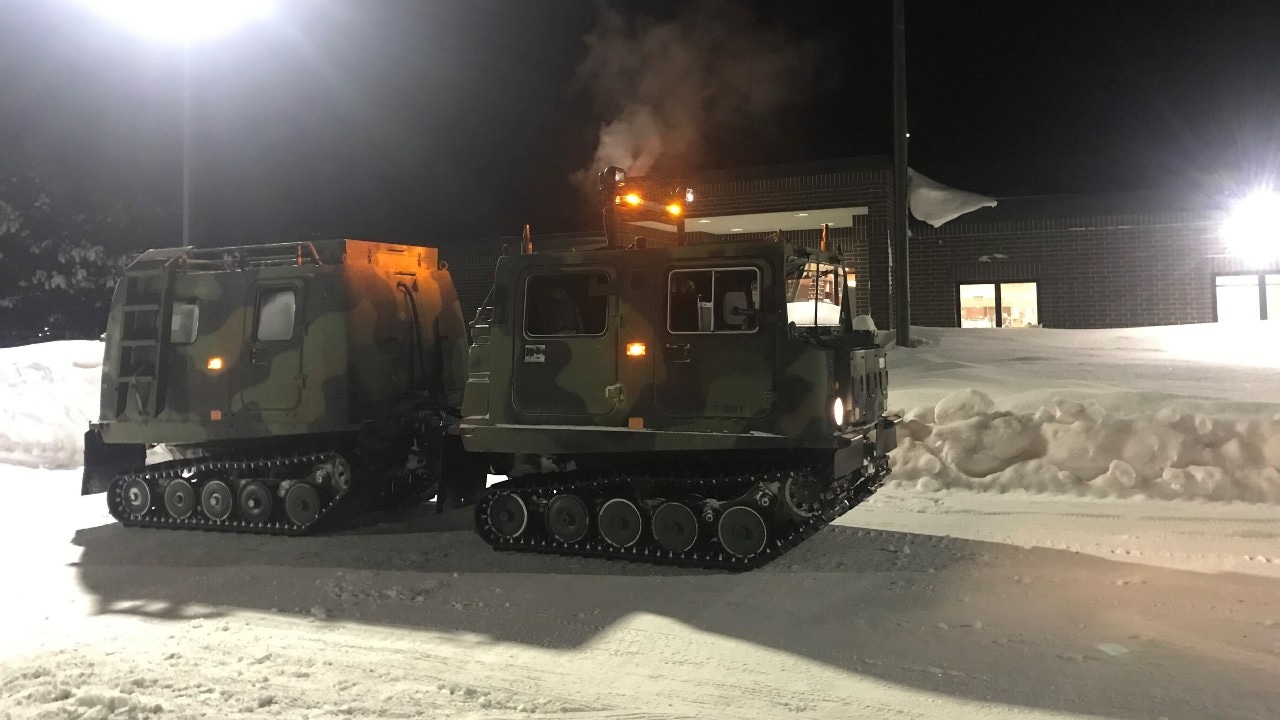 More than 140 flights out of the Twin Cities have been canceled Saturday, with another 56 flights being delayed. That left several families stuck at MSP without many options to leave but having just one wish – to spend the holidays with their loved ones.

One woman from the United Kingdom hasn’t slept in more than a day due to her nine-hour flight running behind from London to Minneapolis. Once she got to MSP, the final leg of her trip was canceled.

“I just want to cry to be honest – because it was almost 24 hours at that point and now, I’m still here,” said traveler Vania De Castro.

From record-breaking cancellations across the country – marking nearly 6,000 Friday followed right into Saturday – with major airlines putting a stop to more than 120 flights and delaying several more on Christmas Eve.

Many weren’t able to book their next seat, and instead getting as comfortable as they can inside the airport as bone chilling temperatures bear down on the Midwest and most of the country.

Another traveler, who was flying from Ohio to North Dakota to celebrate with his kids, discovered when arriving at MSP he wouldn’t be going any farther. He tried to book a train, but all options were canceled.

“Knowing there’s only one flight and tomorrow is fully booked, I just decided to drive,” said Matt.

The road though wasn’t much better, since more than 2,000 miles of highway were closed in Greater Minnesota, making treacherous.

“We are so glad that we made it, we heard so many people missed their flights. we were so glad ours was on time and we made it on Christmas Eve,” said Samantha Funk, who was traveling to visit family in Wisconsin.