But some of them may not be rolling for the start of classes Tuesday.

“A bunch of texts came through from neighbors saying our bus was canceled,” said Annie Daugherty, a Stillwater mom of two. “Got the call at 4 o’clock, checked my email and immediately called my husband and said, ‘We don’t have bus transportation for our girls.’”

Daugherty was among the parents receiving an email from Superintendent Malinda Landsfeldt saying, "the transportation vendor has been unable to find drivers for the number of bus routes." That means some children will not have transportation available to them "at this time."

In the email, Landsfeldt said affected parents will need to find alternative transportation for "the foreseeable future." 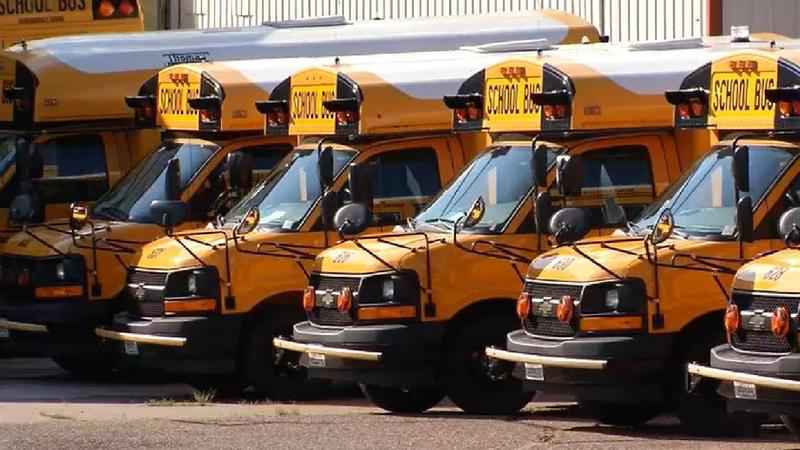 She says she’s not sure how she and her husband will get them to school now.

“Flabbergasted,” Daugherty said. “We are both employed. I’m usually online at 7 a.m. I’m remote, he goes in every day, so just trying to figure this out — it’s going to be a mess."

A lawsuit filed by the district on Friday against Metropolitan Transportation Network accuses the carrier of an alleged breach of contract by not providing services to more than 21 bus routes starting Tuesday.

The suit says 3,950 students could be affected.

The lawsuit says during a meeting the next day, Tashitaa Tuffaa, Metropolitan Transportation Network’s president and CEO, repeated the company would not provide service.

Crystal Gaebler, who works full time as a dump truck driver, is worried how her 11-year-old daughter Gretchen will get to school, unless something changes.

We asked if she’s figured out a plan to get Gretchen to school.

“So far my mother-in-law is saying she will, but other than that because she has medical issues and stuff,” Gaebler says. “If something pops up, I have no other options."

It’s not just parents who are worried.

Victoria Eckert is a Metropolitan Transportation driver and a mother.

She says she’s lucky because her daughter is on her assigned bus route.

“Honestly, I was nervous and scared,” Eckert said. “I know the only reason my daughter is safe on there is because I drive her around.”

On Saturday, Landsfeldt released this statement:

“We know how important it is to have safe and reliable transportation for our students, and we will do all we can to resolve these issues in a timely fashion. We are continuing to work on this over the holiday weekend, and expect to have more information to share with families on Monday.”

Other districts in the metro area are also facing bus driver shortages, such as Minneapolis Public Schools and South Washington County Schools.

5 EYEWITNESS NEWS reached out to Metropolitan Transportation Network but has not heard back.

"They have carpools that are trying to be set up,” she said. “We have parents that are willing to drive 10, 12, 14 kids, including their own, to get their kids to school on time and make sure they’re safe."

Daugherty hopes her family can find a solution.

“It’s a holiday weekend,” she says. “We were planning on enjoying the weekend as a family and with friends and neighbors, and now it’s trying to schedule and figure out logistics of the school year, which wasn’t in the plan.”