Angela Rose Myers said she wasn’t surprised to learn that state investigators with the Department of Human Rights found a “pattern or practice” of discriminatory policing dating back a decade in the Minneapolis Police Department.

The former president of the Minneapolis NAACP said she was surprised to see her organization listed in the 72-page report released Wednesday.

“In one post, an MPD officer used a covert account to pose as a Black community member to send a message to a local branch of the NAACP criticizing the group,” said Commissioner Rebecca Lucero.

The report states those social media accounts were deleted in winter 2021. 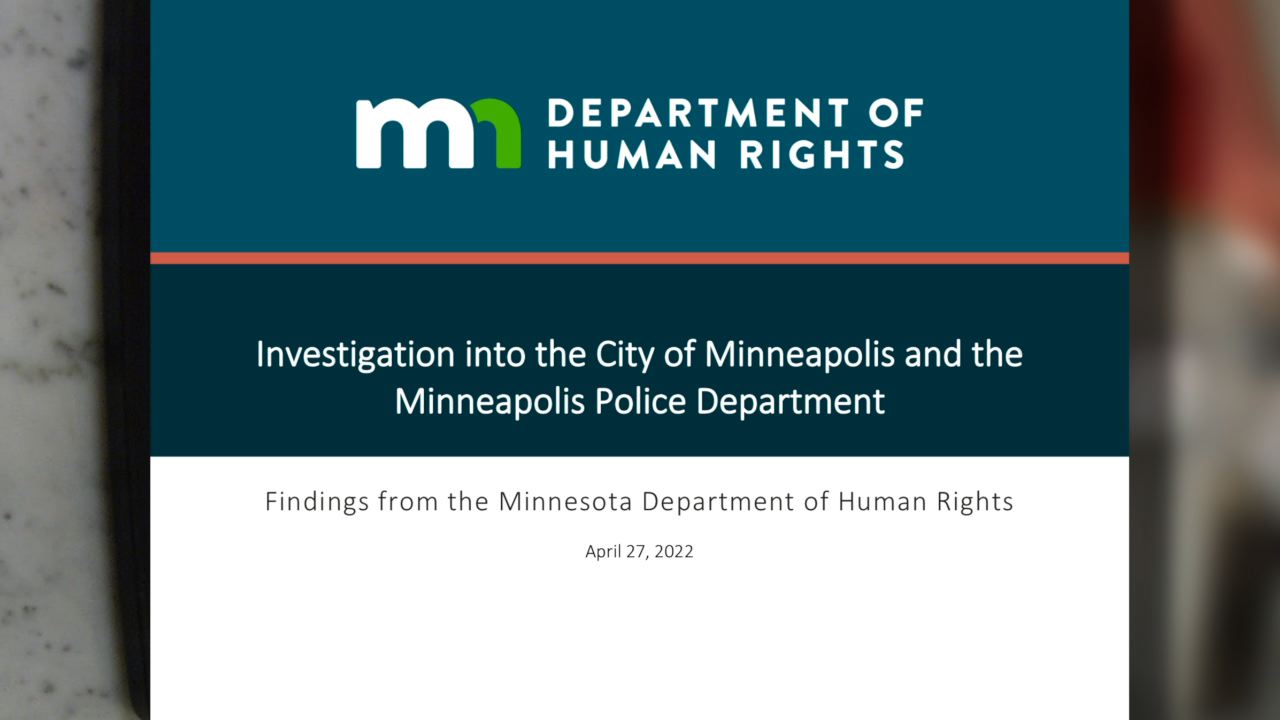 As part of her role as president, Myers monitored the group’s social media accounts.

It’s common for law enforcement to monitor social media and use covert accounts during a criminal investigation. But MPD’s own policy, according to the findings, requires the accounts be used for that purpose.

The report said that the use of fake accounts to target Black community members contributes to the finding that MPD engages in a pattern or practice of discriminatory, race-based policing.

The state findings revealed the department’s oversight of this program is “insufficient and ineffective.”

As of this month, investigators found MPD still didn’t have a policy requiring a substantive audit of officers’ covert social media activity.

During a press conference, Mayor Jacob Frey told reporters he was unaware of the specific instances of account misuse detailed in the state investigation.

Myers and current Minneapolis NAACP President Cynthia Wilson are calling for a full investigation into the extent of the surveillance of both their organization and other Black activists in Minneapolis.