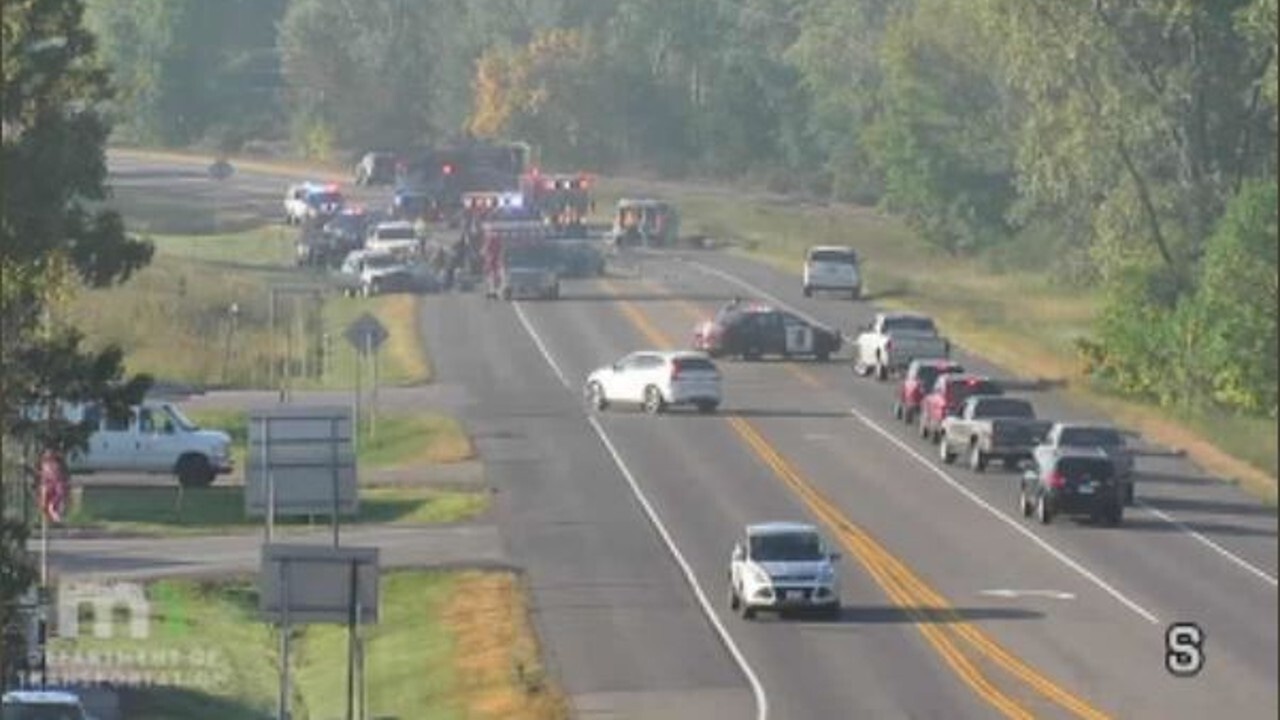 UPDATE 12:10 p.m. 9/19/22: One person is dead and two others were hurt in a three-vehicle crash Monday morning in White Bear Lake, according to a Minnesota State Patrol report.

The report says responders were at the scene around 8:22 a.m. on Highway 61 south of Leibel Street.

According to the agency, a Ford SUV was traveling south on Highway 61 when it rear-ended a car attempting to turn left onto 5900 U.S. Trunk Highway 61.

The Ford SUV consequently pushed the car into the northbound lane of Highway 61, where it was struck head-on by a Volvo SUV.

The driver of the car, 51-year-old Kimberly Ann Stieper of North Branch, died in the crash, according to the crash report.

The driver of the Ford SUV, a 44-year-old woman from Chisago City, was not hurt. The Ford SUV passenger, a 15-year-old boy, was taken to Regions Hospital for injuries that were not life-threatening.

The driver of the Volvo SUV, a 30-year-old woman from White Bear Lake, was also taken to Regions for injuries that were not life-threatening.

Alcohol is not believed to be a factor in the crash. All drivers were wearing seatbelts. All airbags deployed.

No information has been provided on the cause of the crash.

The State Patrol originally tweeted the crash was in Hugo; the agency’s subsequent report listed the crash in White Bear Lake. KSTP wording reflects the most recent update.

Find an earlier version of this story below.

INITIAL REPORT 9:28 a.m. 9/19/22: Authorities with the Minnesota State Patrol say they are investigating a fatal crash at Highway 61 and County Road J in Hugo.

Minnesota Department of Transportation cameras show a number of first responder vehicles, including at least one Minnesota State Patrol car, at the scene.

511 states the highway is expected to be closed in both directions throughout the morning.

5 EYEWITNESS NEWS is working to learn more information from authorities. Check back for updates.