The Minnesota State Patrol says at least one person is dead after a crash Friday morning in Brooklyn Park.

According to the agency’s public information officer, the crash happened on eastbound Highway 610 at Highway 252.

Authorities say an eastbound Volkswagen Jetta on Highway 610 left the road, rolled into a ditch and then hit a bridge pillar. The incident report goes on to say the driver appeared to be traveling at a high rate of speed when the crash happened due to the amount of damage done to the vehicle, and adds there are no signs of impairment as of this time.

The State Patrol updated their incident report after 10 a.m. Friday, saying the driver was a 31-year-old man from Brooklyn Park.

The Minnesota Department of Transportation (MnDOT) says a stretch of eastbound Highway 610 in the area has reopened, after it was closed for about three hours due to the crash.

During the closure, traffic on Highway 610 was diverted south to Highway 252. 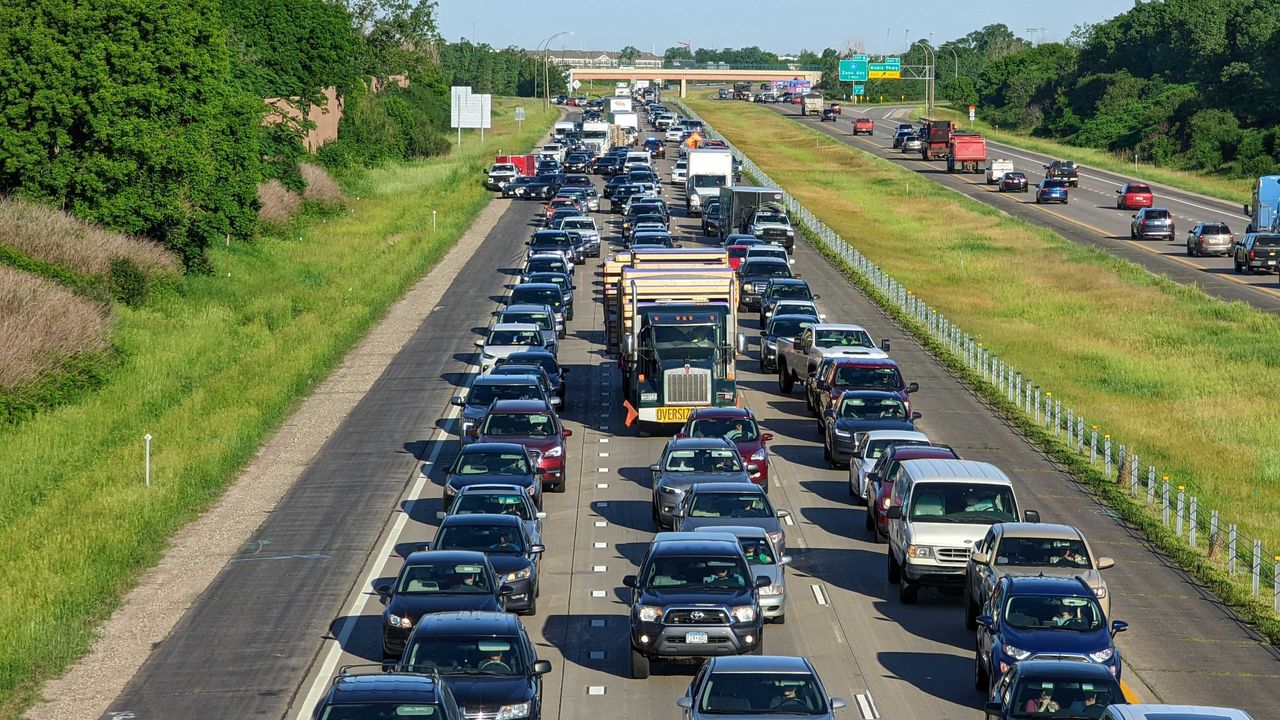 The State Patrol is investigating a fatal crash in Brooklyn Park, and a stretch of road has been temporarily closed, causing traffic to back up in the area. Credit: Nate Bergeson/KSTP