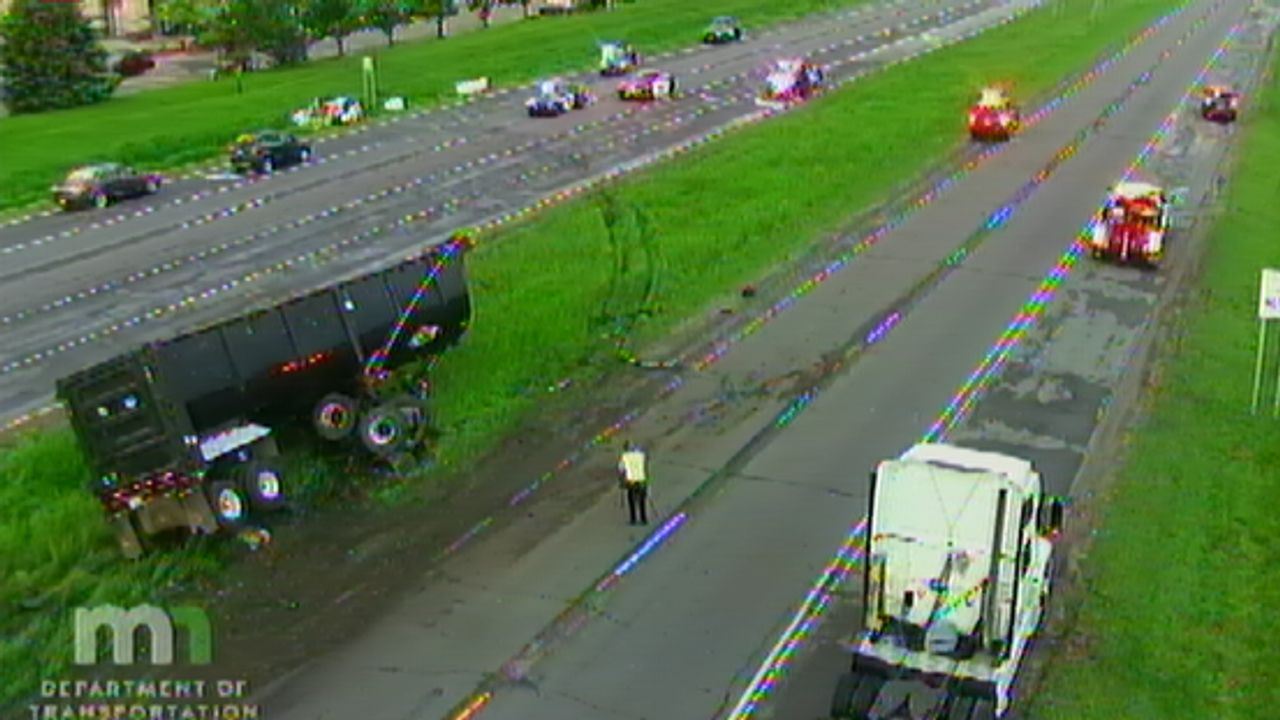 A fatal crash early Monday morning in Blaine has closed a portion of Highway 65.

Authorities have released the name of a woman killed in a crash early Monday morning in Blaine.

According to the Minnesota State Patrol incident report, 51-year-old Karen Weldon of Coon Rapids died after her eastbound SUV was hit by a southbound semi truck after the truck ran a red light.

The driver of the semi, identified in the incident report as 37-year-old Andrew Engren of East Bethel, was taken to Mercy Hospital for injuries not considered to be life-threatening. He is currently being held at the Anoka County Jail. As of Tuesday morning, he had not been formally charged.

Road conditions were listed as wet at the time of the crash.

Both drivers were listed as wearing their seat belts.