Minnesota lawmakers are trying to close a loophole in state law that could divert hundreds of thousands of dollars away from programs for people with disabilities.

The money in question is left over from a 10-year legal battle that included a $3 million settlement and changed the way the Minnesota Department of Human Services cared for people with developmental and intellectual disabilities.

Minnesota’s federal court is holding $550,000 in remaining settlement money from what’s commonly known as the Jensen Agreement. In December, Judge Donovan Frank ordered the funds be returned to DHS.

But state statute requires any money — income or otherwise — goes into the general fund, even when it is specifically directed to a specific department.

"It’s a surprise to me," Sen. John Hoffman (DFL-Champlin) said after learning of the loophole. "Here a federal judge says, ‘it should go to the Department of Human Services’ and here [Minnesota Management and Budget] is saying ‘nope, it’s going to go to our General Fund,’ I just think it’s wrong." 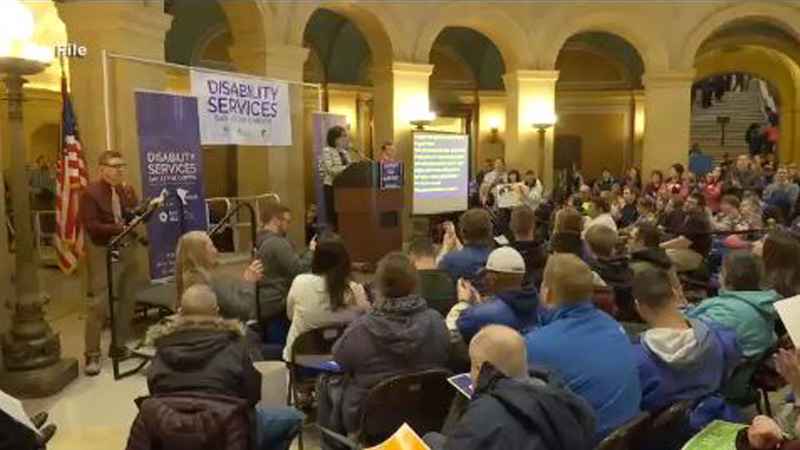 Hoffman is now working with Sen. Jim Abeleber (R-Anoka) to pass legislation that would ensure the money gets into the DHS budget.

"The circumstances that got this money in the first place were tragic," Abeler said during an interview. "How nice that we could have a chance to do something really good and help people with disabilities."

A decade ago, the state settled the class-action lawsuit from disability advocates that accused DHS of improperly restraining and secluding individuals in its care.

In October, Judge Frank decided he no longer needed to make sure DHS was complying with the terms of the settlement.

But in a scathing ruling, he warned that the state’s largest agency will face more lawsuits in the future if it does not set a better standard of care for vulnerable adults.

Hoffman and Abeler argue the remaining money should be returned to DHS to continue to build on the work started because of the Jensen Agreement.

"This is a way to right the wrong," Hoffman said.

The bill, filed by Abeler, gives the DHS commission the authority to move the money into the Disability Services section of its budget.

Abeler said they have to act fast, though. If the bill is not passed before the middle of February, the money will drop to the bottom line of the state’s budget.

"We have to do a legislative miracle to make it happen," he said.

Hoffman candidly warned of the consequences of failing to secure this funding.

"Services and money for supports for people with disabilities are going to go to help somebody plow their gravel road someplace," he said.