You may notice higher prices for food at this year’s Minnesota State Fair.

The Great Minnesota Get-Together starts in 14 days and vendors were able to start setting up their booths and buildings this week.

5 EYEWITNESS NEWS spoke with multiple vendors Wednesday who confirmed they have had to raise prices on their menus in the face of nationwide spikes in the cost of meat and other food items.

"Our burger pricing has almost doubled," said Stephanie Olson, co-owner of Blue Moon Dine-In Theater at the fairgrounds, acknowledging the increased cost of meat. "But you adjust accordingly. You shop around a little bit better."

Olson said she uses multiple distributors to try to find the best price but is still dealing with increased costs. 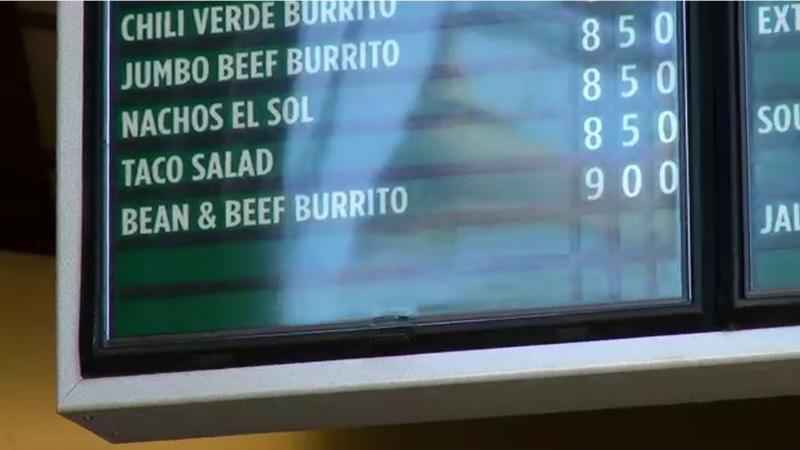 She said her business, along with many other State Fair vendors, will try to absorb as much of that cost as they can so customers will not have to deal with major price hikes.

The increase varies based on the food and vendor but 5 EYEWITNESS NEWS found that some items cost around 10% more than last year. That means a burger that was $9 in 2019 may cost $10 this year.

"You know, you just have to adjust your price, otherwise you don’t make anything at the end of 12 days," said Simon Mendez, owner of El Sol Mexican Foods, which has been at the fair for 52 years.

Mendez said they have worked hard to strike a balance between keeping customers happy and still turning a profit.

He said he prefers to slightly bump up the cost rather than cut down on portion sizes.

"I have noticed a few restaurants I’ve gone to recently [that] the price went up but the portion went down. That’s when people notice, like, ‘Hey, man!’ So no, we keep the same portions and people are fine," Mendez said.

Mendez said they have served food at other events at the fairgrounds this summer — including Back to the 50’s in June — and no one complained about their food prices. He said most people seemed happy just to be there.

After more than 700 days without a State Fair, vendors hope customers will be understanding and support their small businesses by continuing to purchase the fair foods they love.

"It is the biggest food fair in the country, so at the Minnesota State Fair, food is a big deal," Olson said. "We’re feeling great and we’re very excited."