Minnesota colleges are preparing to recruit and train 1,000 certified nursing assistants (CNAs) to work at nursing homes across the state, as part of a new initiative announced by Gov. Tim Walz this week.

Walz said long-term care facilities are experiencing severe staffing shortages and hope to have the new CNAs in place by the end of January.

The state is partnering with Minnesota State Colleges and Universities and the Minnesota Office of Higher Education to make this possible.

5 EYEWITNESS NEWS visited a CNA training course that was already in session at Minneapolis College on Thursday.

"I didn’t realize how dire the shortage was," said Megumi Takeda, a nursing student preparing to get her CNA certification. 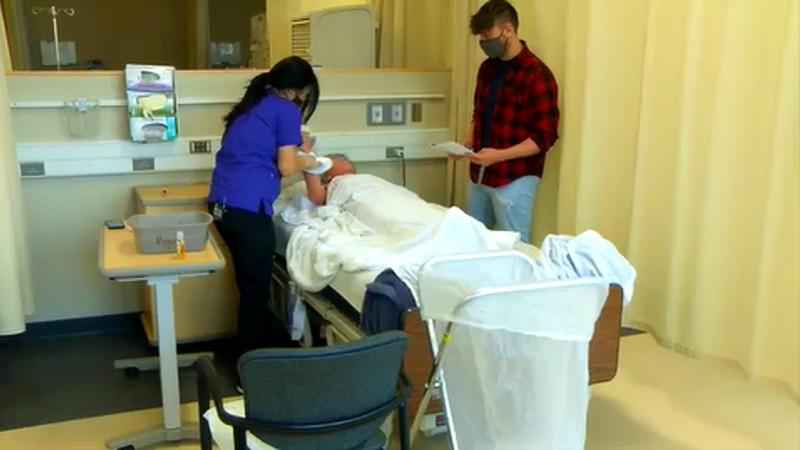 Takeda said she worked as an engineer in the medical device industry for eight years but recently decided to change careers.

"I knew I wanted to help people more directly," Takeda said. "I think there’s something very fulfilling about taking care of somebody with kindness and respect."

While continuing her training to become a registered nurse, she will do clinical rounds at nursing homes and plans to pick up extra shifts as needed.

Nursing assistants are the sixth-highest in-demand job in the state, according to data from the Minnesota Department of Employment and Economic Development.

"It’s a code-red need for nursing assistants," said Traci Krause, dean of the School of Nursing, Health Sciences and Wellness at Minneapolis College.

Sixteen colleges in the Minnesota State system, including Minneapolis College, have been training members of the Minnesota National Guard in recent weeks for emergency relief at nursing homes. Krause hopes the new push by the state to recruit other Minnesotans will help fill a critical gap.

"In a non-pandemic year, you’re still going to have hundreds of nursing assistant openings in the metro. The pandemic has certainly increased that need, maybe by double or triple," Krause said.

Under the state’s new initiative, five-week training courses will be free for those interested.

The governor plans to use federal American Rescue Plan funding to pay for expenses including tuition, fees, books, technology, uniforms and exams.

She said participants so far range from high school students to retirees to those simply seeking a career change.

"Many people are already caregivers in their lives to their children, to their elder parents, to other loved ones and so they can take those skills they already have and, with some training, go out and provide that in the workforce. If you’ve got a heart and a brain, you can do this work and it’s important work," Krause said.

"The Minnesota State HealthForce Center of Excellence is working with the Governor’s office and state health officials to work out plans for the training. We expect that the free training will be available throughout the state via our colleges’ customized training departments, as well as other means, which might include high school offerings, community education classes, and care center training programs. This is an ‘all hands on deck’ effort and the collaboration across state agencies is impressive."

DeFor said Minnesota State is still working out the details of which campuses will provide the CNA training and when those courses will start.

She indicated some programs may start in December and others in January.

Anyone interested in enrolling in one of these training programs can find more information here and here.