A standoff in which two McCleod County deputies were shot ended Monday evening after a man who had barricaded himself inside a home was found dead.

Authorities said two McLeod County deputies were shot while serving an arrest warrant at the home on the 600 block of Pheasant Run in Winsted, about an hour west of the Twin Cities.

Fortunately, they suffered injuries that aren’t considered life-threatening and have been released from the hospital.

“It’s not the ending we wanted,” Langenfeld said. “We would have liked to see a successful ending with no one else injured or dead, but for long-range stuff, this is better than more people get here.”

While the standoff was unfolding, staff and children at a daycare a few hundred feet away waited to be picked up by an armored SWAT vehicle. 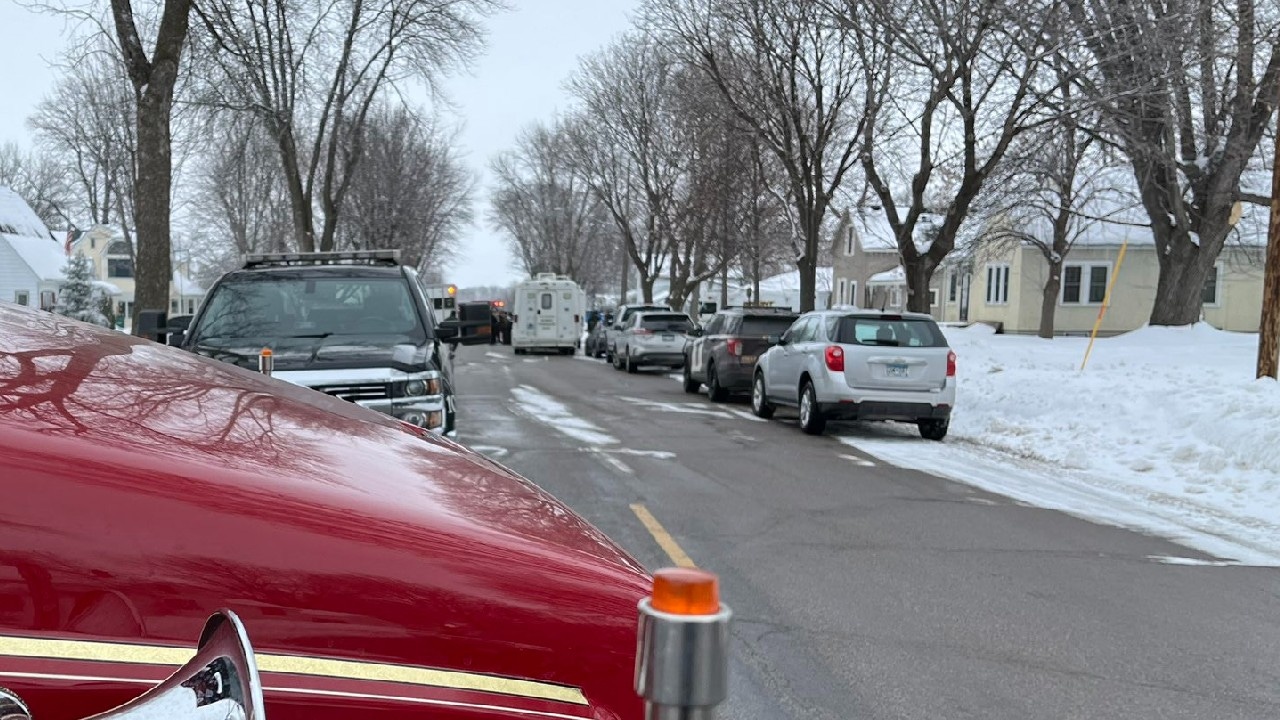 Law enforcement at a developing situation in Winsted on Jan. 23, 2023. (Joe Mazan/KSTP-TV)

“I told the kids we were going on a field trip,” said Rose Lindewall, operator of Lindewall Adventure Home Daycare.

“We hopped in there, and they brought us to the city center where the parents met us.”

Even though the kids were safe, Lindewall said it was an uneasy time for families.

“I think it was emotional for them all, and they were just happy to get their kids and happy they were safe. The SWAT team did a great job taking care of us,” Lindewall expressed.

Over the course of the standoff, all attempts to reach the suspect were unsuccessful.

Ultimately, Langenfeld said deputies decided to deploy a drone to check inside the house because “it was time for us to see what we could do,” elaborating that if the suspect was injured, first responders could go inside to help him.

Sheriff Langenfeld noted the man at the address had multiple warrants for felony possession of child pornography.

This is a developing story. 5 EYEWITNESS NEWS will continue to update it as more information becomes available.