It was a busy Saturday at Kramarczuk’s Sausage Company in northeast Minneapolis.

Among the customers, much of the talk was about Russia’s invasion of Ukraine.

Pawlowski says he came here for more than the food.

That support — for a family business with roots in Ukraine. 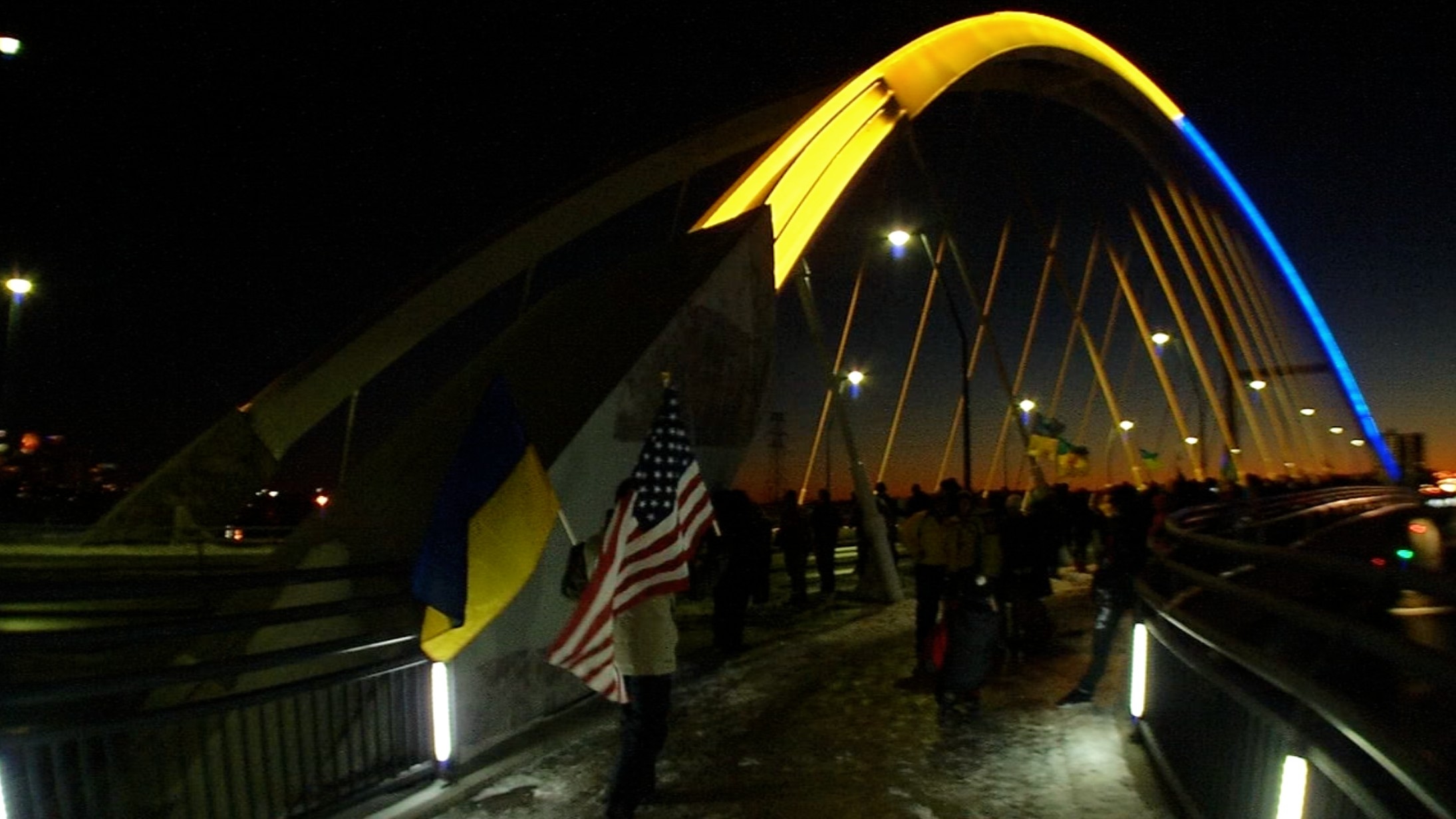 “My parents were refugees from Ukraine after World War II,” says owner Orest Kramarczuk. “They came to the United States in 1949.”

He adds his father, Wasyl, and his mother Anne got right to work.

“So five years after they arrived, they started the business,” Kramarczuk notes.

“It’s about the soul of the country, the soul of Ukraine,” Kramarczuk declares. “When I see these pictures I know exactly what it means. My parents brought a wicker basket with their belongings in it, because that’s all they had, they didn’t have suitcases.”

Sarah Friedman, talking with friends in Ukraine, is also concerned.

Friedman was a Peace Corps volunteer in Ukraine between 2011 and 2014.

She says she was among those evacuated after Russia annexed Crimea.

“I’m scared. I think everybody is,” she exclaims. “Basically, the bombings tend to happen at night, and I believe this is an act of terrorism, because if you can’t sleep, how can you fight? These people are sleeping in the subways, they’re trying to get out.”

On Saturday night, members of Minnesota’s Ukrainian community assembled along the Lowry Avenue Bridge — one of several locations illuminated in blue and yellow in the colors of the Ukrainian flag.

“Right now there are air raid sirens going off in the capital city of Kyiv,” says Stefan Iwaskewycz, of Minneapolis. “We’re here showing our support for our family members, for our friends who are stuck in this terrible, unwanted, unprovoked war and attack.”

Kramarczuk, who brought up the lighting idea to city leaders, says he sees it as a symbol of solidarity with Ukraine.

“I think this is a very meaningful symbol of what we as a country should be doing to bring this crisis into focus,” he declares. “You can have the most terrible weapons the world has known, but that will not destroy the spirit of the people.”