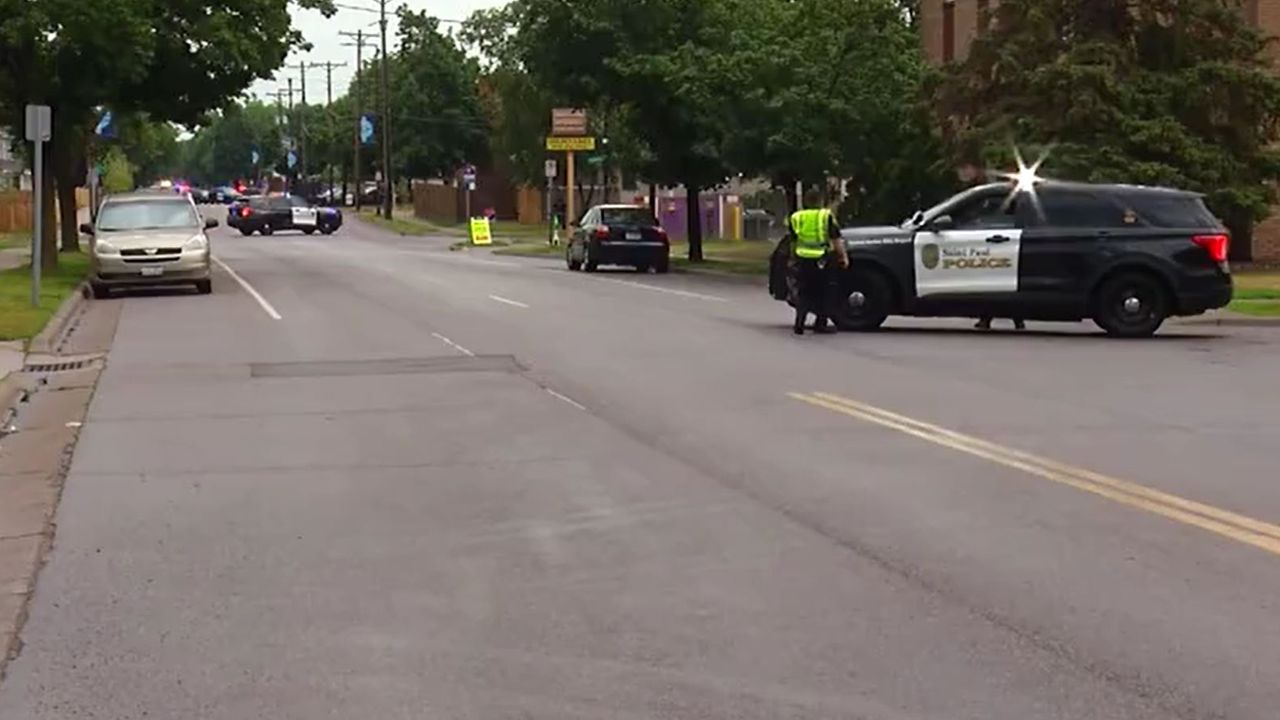 Police block off a section of St. Paul's North End on the morning of Thursday, June 30, 2022. Credit: Mark Garvey/KSTP

St. Paul police report one man is in custody and no one was hurt after officers and SWAT members were called to an incident in St. Paul’s North End neighborhood.

According to a police department spokesperson, at around 6:50 a.m., officers responded to the 400 block of Maryland Avenue West on a report of shots fired in the area.

Police said an 51-year-old man suspect barricaded himself inside a residence in the area. Police said a 50-year-old woman was able to safely exit the scene.

The man was arrested just before 11 a.m. Thursday after a SWAT team entered the apartment, according to police. He was then arrested without incident.

He is being held on suspicion of aggravated assault. Officers also found a handgun and a shotgun at the scene.

Police asked people to avoid the area while officers were at the scene.