It comes a day after Thompson released a statement about the incident and said he’d approve the release of the video.

Thompson was one of many DFL lawmakers who pushed for an end to "pretextual" traffic stops for minor, non-moving violations such as license plate issues or having faulty tail lights. He says he was the subject of one of these stops last week.

Since the traffic stop, which police say was because Thompson did not have a front license plate, the DFL lawmaker has since faced questions over his residency and has been asked to apologize for his accusations of racial profiling by the officer who pulled him over. 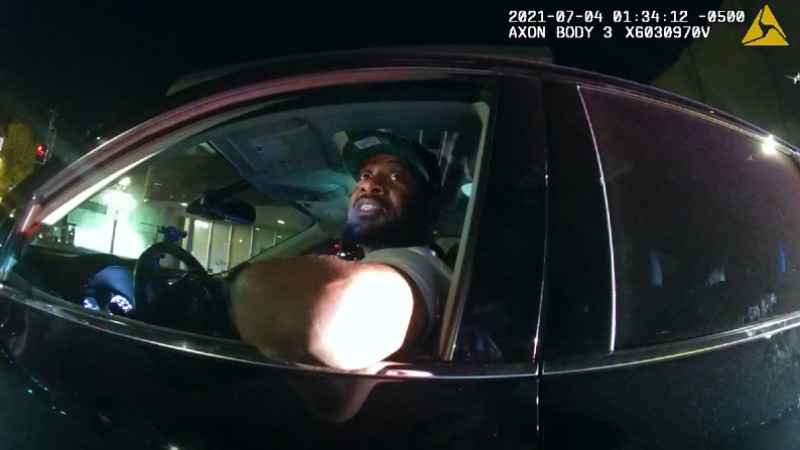 In the body cam video, the St. Paul Police sergeant expresses surprise after Thompson identifies himself as a Minnesota state legislator.

"I’m actually a current state representative in this district right here, man, if that makes any difference," Thomspon said.

"And you’ve got a Wisconsin license?" the sergeant replied.

After the officer goes back to his squad car he checks Thompson’s driving record and issues a ticket for driving despite suspended Minnesota driving privileges due to child support issues.

"Here’s your license and my card," the sergeant says. "You’re suspended in Minnesota."

"That’s what the computer says. If it’s wrong you’ll have to deal with the DVS."

Thompson then asks for another explanation of why he was pulled over.

"Why’d you pull me over again, man?" Thompson asks.

"No front plate and then the way you took off from the light back there," the sergeant explains.

"I’m too old to run from the police, man," Thompson says. "You profiled me because you looked me right dead in the face and you gave me a ticket for driving while Black. You pulled me over because you saw a Black face in this car, brother."

"What I’m saying is what you’re doing is wrong to Black men, and you need to stop that," Thompson continues. "Thank you so much, but this ticket means nothing to me. No, no, no I’m going to always have a great day. What I’m saying to you is stop racially profiling Black men in their cars, sir. Stop doing that."

"There was no racial profiling," the sergeant replies.

Thompson consented to the release of that video in a statement released Monday night. In that statement, he also said he’s had his Minnesota driving privileges restored after clearing up a child support issue. Those records are sealed in Minnesota and Thompson declines to answer questions about it. Thompson also says he now plans to get a Minnesota driver’s license after living in the state for 18 years.

"As it is your office’s responsibility to implement the election laws passed by the legislature and to provide trust, clarity, and security in the process, answering these questions in a timely manner will help us all better understand the process that goes into residency verification," she wrote.

The Minnesota Police and Peace Officer’s Association sent a letter to the Wisconsin attorney general asking him to investigate how Thompson obtained a Wisconsin driver’s license.

"Minnesota State Representative John Thompson deceived our citizens, his constituents, your citizens, and your state," the letter reads, in part. "In 2000, 2012, and in November of 2020, he applied for and received a Wisconsin driver’s license. He defrauded Wisconsin, claiming to be a resident in order to obtain a fraudulent driver’s license. In doing so, he affirmed — under penalty of perjury — that he is a Wisconsin resident."

Also, Minnesota DFL House Speaker Melissa Hortman issued her first statement about the controversy, saying, "The Minnesota House of Representatives takes allegations of member misconduct seriously…" But adds that so far "no House members have filed an ethics complaint regarding the allegations made against Representative Thompson."

Click the video player below to see the full video released by police.