It’s one of the first large events in the entertainment district since the deadly shooting at Seventh Street Truck Park bar, which authorities say arose from a dispute between two men. Marquisha Wiley, 27, was killed and 14 others were injured in the shootout.

"We’re going to do everything we can to ensure that visitors who are coming to St. Paul tonight are safe," St. Paul Police Senior Cmdr. Jeremy Ellison said.

The Ramsey County Sheriff’s Office will have deputies in the West Seventh neighborhood as well.

"I think they (fans) should come back, I think everyone will be safe here,” Ramsey County Sheriff Bob Fletcher said. “I’ll be down here myself to make sure closing goes smooth." 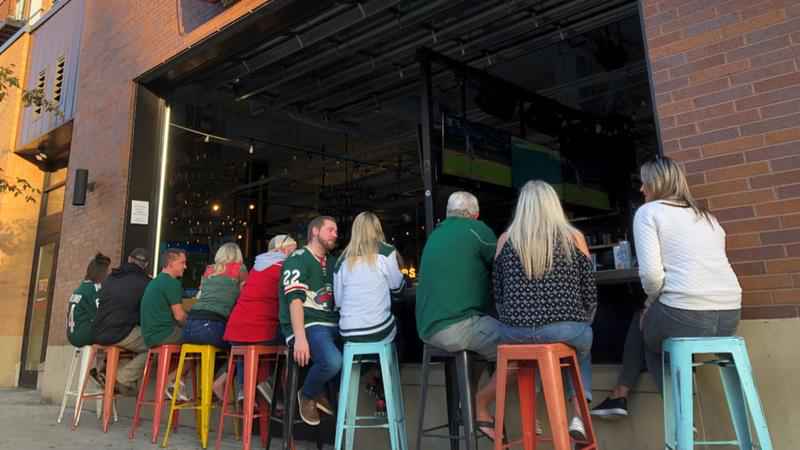 Patrons sit at Seventh Street Truck Park in St. Paul on Tuesday, Oct. 19, 2021. The bar was open for the first time since an Oct. 10 mass shooting there killed a 27-year-old woman and injured 14 others.[KSTP/Jim O'Connell]

"It’s been pretty quiet, our business has been down 50%, but we are hoping for a good crowd tonight and some good energy," Gosiger said. “It’s a beautiful day, we’re hoping to fill our patio, all three of our rooms and send people off safely."

"Are people going to be a little leery at first? Probably, but that will go along the wayside," said Pat Boemer, the pub’s owner. "I don’t think the Wild fans are the type of crowd that will be scared off by something like this. I really don’t."