According to police, calls started coming in around 3:35 a.m. of an incident near Payne Avenue and North Street. When officers arrived, they found two men lying on the sidewalk on North Street with apparent gunshot wounds.

They were taken to Regions Hospital, where one died shortly after arrival and the other died hours later.

Michael Delgado-Espinosa told 5 EYEWITNESS NEWS he rushed to the scene of the shooting after he heard the address and realized it was right outside his brother’s home.

"I am so thankful and I just said, ‘Thank God. Thank God,’" Delgado-Espinosa said. "I feel for the families who’ve lost two loved ones and I send my condolences, but when you hear it is in front of your own family’s home your first thought is, ‘Please, not mine.’" 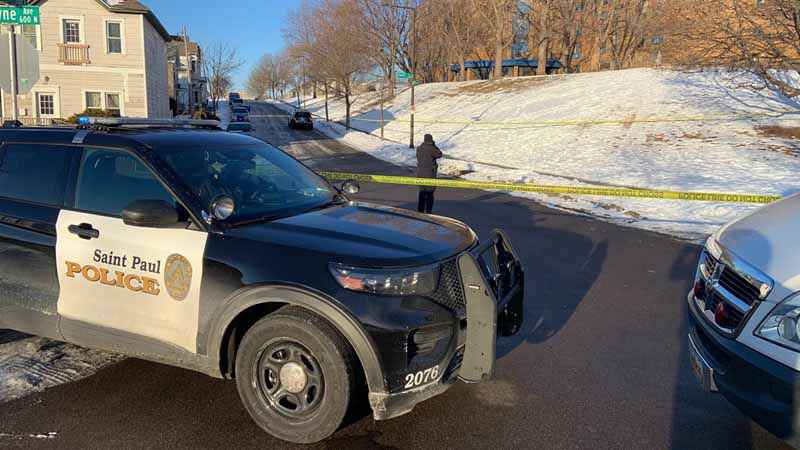 Delgado-Espinosa said the recent increase in violent crime on the east side does not surprise him.

"Your first thought is, if you live in this area, is that these things do happen and it is just the way it is," Delgado-Espinosa said. "Life is life and you cannot always control what happens."

The fatal shootings are the city’s second and third homicides of the year.

No suspects have been arrested as of Thursday morning. Police ask anyone with information about the shooting to call 651-266-5650.

We’re investigating an early morning shooting that left two people dead. It happened today at the intersection of Payne Avenue and North Street.