St. Paul community members reflect after 3 shootings over the weekend

In the same parking lot where more than 20 gunshots were fired that hit three people, faith leaders met to create a space of healing while reflecting on the weekend’s violence.

The ‘Guns Down. Love Up.’ rally was held at the Holiday gas station on the corner of Rice Street and Pennsylvania Avenue in St. Paul – that was one of the violent scenes from Saturday night.

Seven people were shot that night and into Sunday morning from three separate shootings. St. Paul police say that at least 173 shots were fired within a three-hour time span.

“I’m really getting tired of our community getting destroyed by all these different entities, “Chauntyll Allen, organizer of the rally and leader of Black Lives Matter Twin Cities, said. “I feel like the time is now to really start to navigate those changes.” 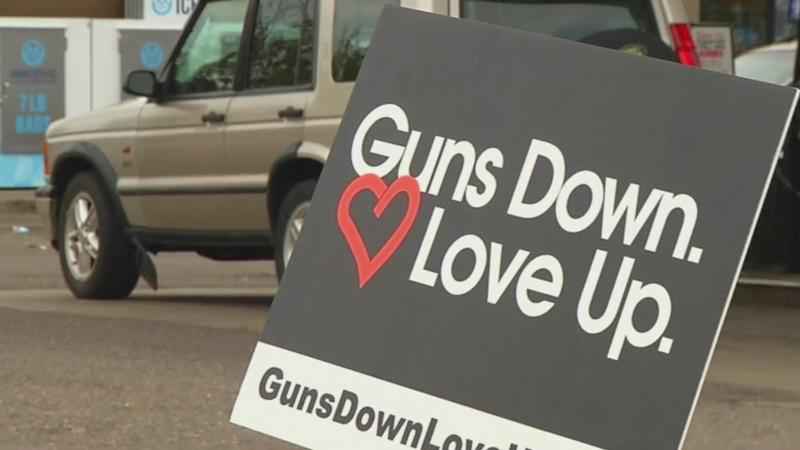 Allen, who also sits on the St. Paul Public School Board, says that improving the education system would help curb the violence.

“The housing issues play a part in this, we have poverty disparities out of this world in the state of Minnesota amongst Black folks. And, if we can just give these kids, these youth, some skills that they can start to earn a living wage, they won’t be out here in this trouble,” Allen added.

Sunday evening, outside the home where more than 100 shots were fired during a party earlier that morning, St. Paul leaders – including the mayor and police chief – met to denounce the violence and commit to finding solutions to stop the gunfire.

Carter says his city is caught in a cycle of violence that has gone on for too long.

Also, at Sunday’s meeting, Carter said that they need the community’s help to slow it down. The mayor called for the end of the term ‘snitching’ when referring to someone reaching out to the police with information. Instead, Carter says that’s called “helping your community.”

No one has been arrested in all three shootings from the weekend.