Minnesota’s Capitol City is joining a growing number of communities nationwide considering reparations for the descendants of slavery. A proposed ordinance in St. Paul would create a commission to reckon with the city’s history of racial discrimination and how to support the city’s African American community moving forward.

It would establish the St. Paul Recovery Act Community Reparations Commission, a permanent 11-member advisory body to the mayor and City Council. One of its objectives would be to “make short, medium and long-term policy, program and budget recommendations to specifically address the creation and sustainment of generational wealth for the American Descendants of Chattel Slavery […]”

The City Council would appoint each member. The first commissioners appointed would serve either for one, two or three years.

“Reparations can look like any number of things: it can be an apology or acknowledgement, it can be direct payments, it can be housing assistance, business assistance,” said Council Member Jane Prince, who sponsored the ordinance. “When this commission starts to meet, nothing will be off the table.”

Prince emphasized she hopes it will be funded by the city and local foundations, businesses and banks. 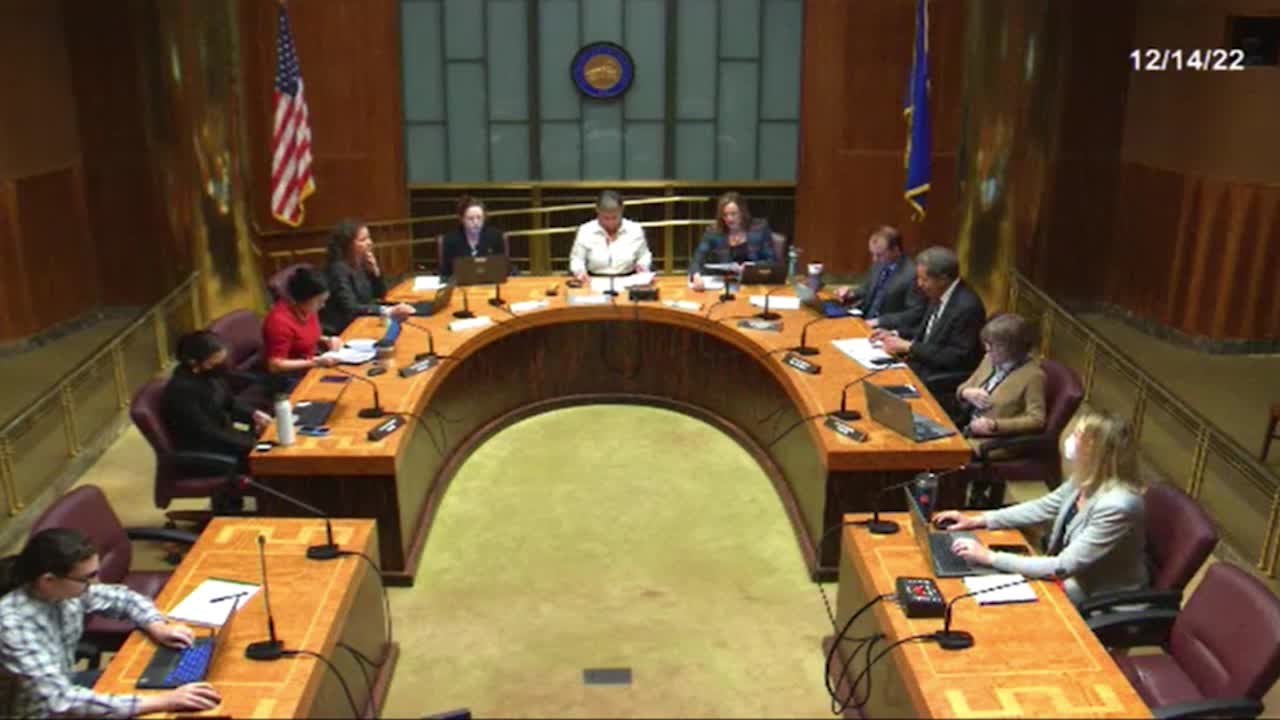 “I support the idea of reparations,” she said. “I think what we need to hear from is the African American community about what they think that should look like.”

Construction of Interstate-94 tore apart the city’s vibrant Rondo Neighborhood starting in the 1950’s. 80% of the city’s African American population once lived there but hundreds of homes were torn down and businesses were displaced.

“My mother was born and raised in the Rondo district of St. Paul Minnesota and I never forget that,” said Benjamin Mchie, who served on the city’s Legislative Advisory Committee. “It had an impact on a lot of families. It was part of urban renewal that was a national agenda that affected Black communities from Boston to Los Angeles and included every major metro area that had African Americans as part of both great migrations after slavery.”

In January 2021, the City issued a resolution apologizing, in part, for “systemic discrimination […] perpetrated through redlining and racial covenants, access to housing, environmental injustice and the removal of St. Paul’s Rondo neighborhood.”

As a member of the Legislative Advisory Committee, he helped draft the ordinance language. The Committee presented its ordinance recommendations to the City Council in June 2022 following a year of work, including public meetings.

“We did get some skepticism from people who are unsure about this, who have questions about this. I want to be clear that the process of educating our community about why this is necessary will be absolutely essential as well,” said Yohuru Williams, one of the Legislative Advisory Committee conveners, at the June meeting. “It’s going to be very important to bring the community along to do the historical recovery necessary so people are really invested in the idea that this is not a handout to communities of color, this is restitution for historic injustice that continues to hurt our community socially, economically, politically.”

The City Council moved the ordinance forward to a second reading at its Dec. 21 meeting, which will also include a public hearing. Council members plan to take a final vote during the first week of January.

Other cities across the country are taking a similar approach. The Boston City Council also voted to form a reparations task force at its Wednesday meeting, while St. Louis leaders took similar action last week. A state committee met Wednesday in California as well.

“This is an idea whose time seems to have come,” said Prince.

Mchie hopes the commission will look at the needs of generations to come.

“Plan ahead to look at disparities and what those disparities might look like in the future,” he said. “Cross as many T’s and dot as many I’s as possible.”