The city called it a “National Day of Racial Healing,” and it was led by their race, equity, and inclusion director Radius Guess.

“The goal is to lean into the discomfort that is present when you’re talking about racism,” Guess said, adding: “I think a second goal that we have is listening to others [to hear] what they have to say, what their experience has been around racism, and there’s growth when you do that.”

The free meal served was soup, and the keynote speaker was local musical performer Mari Harris. Leading them in song, Harris helped fill the room with energy — the inspiration was fueled by Dr. King’s fight for civil rights and one of the most influential speeches in history.

Nearly 60 years ago, Dr. King delivered his “I Have a Dream” speech to thousands from the steps of the Lincoln Memorial. 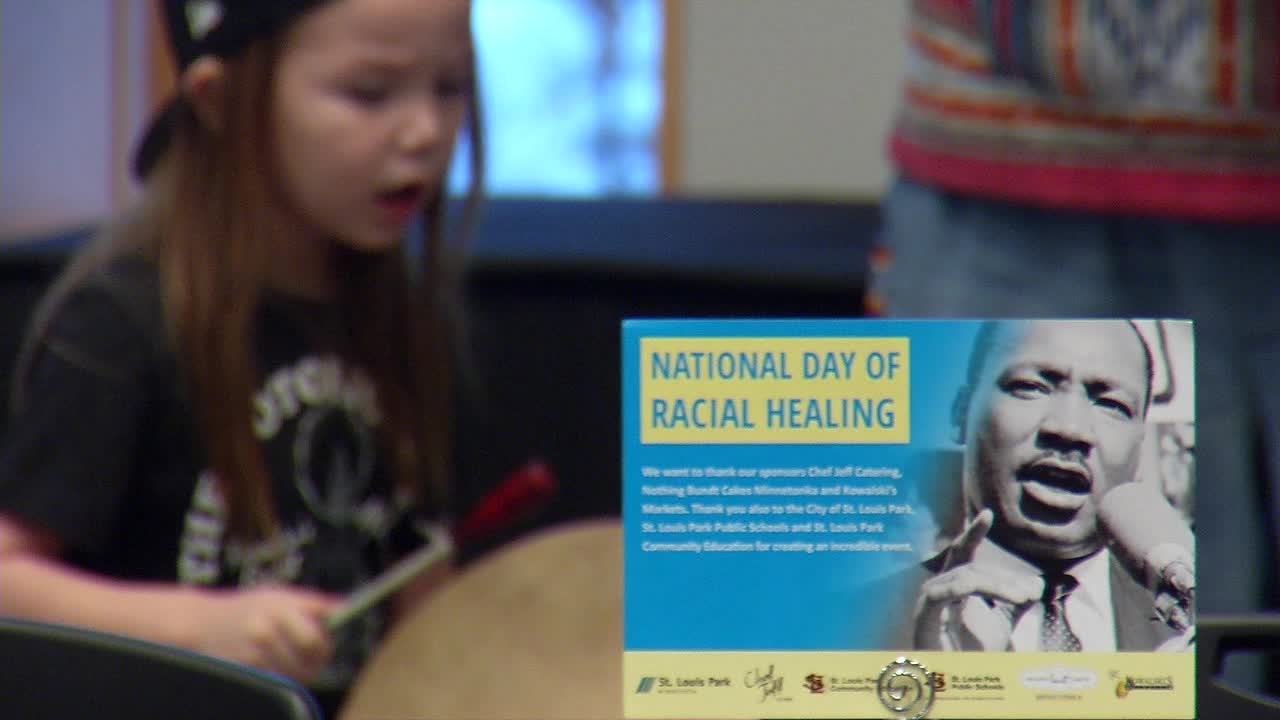 A child bangs on a drum during a musical performance as part of the National Day of Racial Healing event Monday, Jan. 16, 2023, at the Westwood Hills Nature Center in St. Louis Park. (KSTP)

“I have a dream that my four little children will one day live in a nation where they will not be judged by the color of their skin, but by the content of their character,” Dr. King said that August day in 1963.

For Sondra Samuels, one of the founding leaders of the Northside Achievement Zone in Minneapolis, Monday was a day to reflect.

“How do we move the ball of justice forward?” Samuels asked, adding about Dr. King: “He always makes you reflect and think, ‘What am I doing with the issues of our day?’”

You can learn more about Dr. King’s work and legacy on the King Center’s website.