Construction in the St. Anthony Main area of Minneapolis is creating roadblocks for some businesses.

The Metropolitan Council has been working on an underground sewer pipe on Main Street Southeast for a week. The project is scheduled to end around the end of April.

The road is blocked off and there’s no parking between Merriam Street and Third Avenue, which is home to a handful of bars and restaurants.

“The idea is to hang on, stay open and be a part of the community,” said Shane Arundel, general manager of Aster’s Cafe.

Navigating the COVID surge, short staffing and a drop in customers, Arundel said January is off to a rocky start. 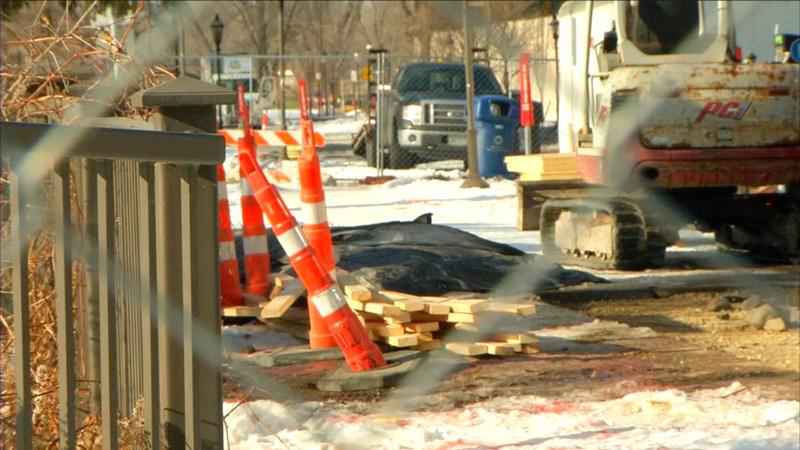 His family owns a handful of restaurants and venues on Main Street.

“The amount of pivots that we’ve done in the last two years in terms of how to stay open, I’m not surprised that we have a road being shut down in front of the restaurants for three months,” he said.

The Metropolitan Council is heading the project.

“We understand and the only thing we can do at this point is leave as much of the area open we can for access while still being able to do our work,” Met Council project manager Jeff Schwarz said.

Schwarz calls the sewer pipe under Main Street an "important artery" in the system.

Workers are repairing and cleaning the underground pipe to protect groundwater and public health.

Officials said there’s no good time to get it done.

“It is a disruptive project. There’s no getting around it. But we’re doing our best to work with everybody that we can to make it less of an interruption,” Schwarz said.

Arundel said it could be short-term pain, for long-term gain.

Business owners want to remind customers there’s a parking garage on Second Street with a heated underground tunnel that leads to several restaurants.